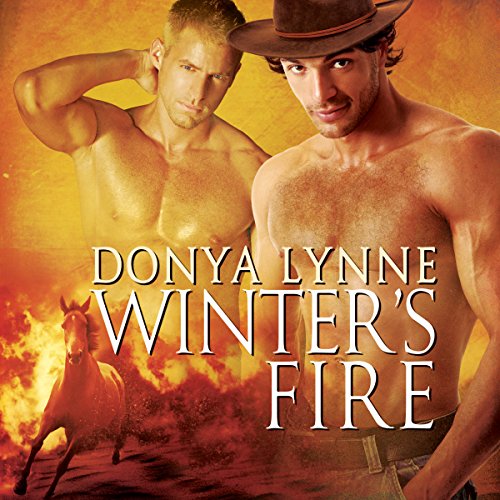 Ex-Army sniper Sam Winter is home from the war. But it wasn't an act of heroism that got him medically discharged. After his team found out he was gay, they beat him so severely he was forced to retire. Now, at his family's horse farm in Kentucky, Sam faces not only an uncertain future, but his father's condemnation and prejudice, as well. The one thing he is certain about are his feelings for his best friend, Cooper Brown, who Sam has secretly been attracted to since high school.

For years, Cooper has harbored his own secret attraction for Sam. But when Sam left to join the Army, Coop never got the chance to tell Sam how he felt. Now that Sam is home, Coop doesn't intend to make the same mistake twice.

When Coop and Sam finally reveal their secrets to one another, the bonds of friendship expand in ways neither thought possible. As his relationship with Coop grows stronger, Sam feels he is finally on course, especially when he discovers a new career path. But when an infernal stable fire threatens the family business, shocking, long-hidden truths will be forced into the light, changing Sam's life forever.

Semi-closeted gay army sniper, returns from Afghanistan to sponge of his family for a while, while he tries to figure out what he wants to 'do with his life.' Although, physically capable of taking long runs, his primary obsession seems to be building a obstacle course at his old buddy's house. His father is highly homophobic, and during the first 3rd of the book, Sammy inexplicably tolerates abuse from neighbours, friends, and ranch hands for being gay, while seeking to conceal this info from his love interest and best friend. For someone trained in the army to handle conflict , he seems constantly to be victimized by those around him, almost to a ludicrous level- especially when he admits he has savings and he can live anywhere else it just seems odd to me that this financially independent grown man would stay at any place he was so unwelcome. I could understand if he didn't let stuff bother him or he was hurt and injured in such a way that he had to recuperate before taking a job elsewhere, but he is neither. He just seems intent on sponging off his parents, and building an obstacle course, none of which made a lot of sense... He seems almost like a teenager to me.

I bought this because I liked the "all the king's men' story, but this one I just couldn't get into Sammy.