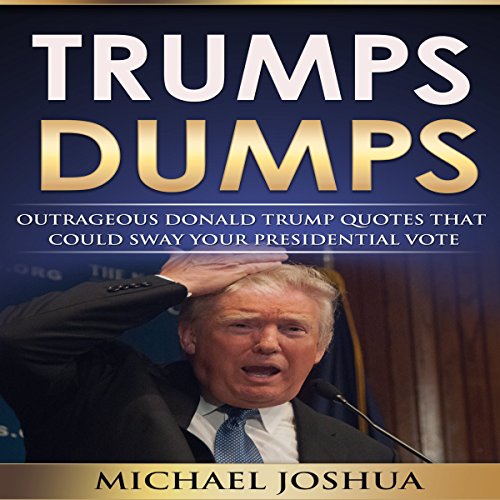 "If _______ can't satisfy her husband, what makes her think that she can satisfy America?"

<"_____'s disgusting both inside and out. You take a look at her, she's a slob. She talks like a truck driver, she doesn't have her facts, I'll say anything that comes to her mind."

Love him or hate him, Donald Trump is the master of great quotes! From his negotiating skills in the business world, his real estate empire, and The Apprentice show on television to his presidential candidacy ideologies and doctrines, there is no shortage of outrageous statements that he has made over the years.

Although there are many Trump books written about him and his business deals, this audiobook captures some of Trump's most outrageous quotes, including the more recent ones about Heidi Klum to giving away Lindsey Graham's cell phone number in a public speech.

Whether he is building millions in personal finance, discussing business and money, or running against Ben Carson for president, his "think big" philosophy also pertains to his loud mouth, which often provides a laugh.

Get Trumps Dumps: Outrageous Donald Trump Quotes That Could Sway Your Presidential Vote today. It is sure to raise your eyebrows and give you, your colleagues, and your family a good laugh!

What listeners say about Trumps Dumps