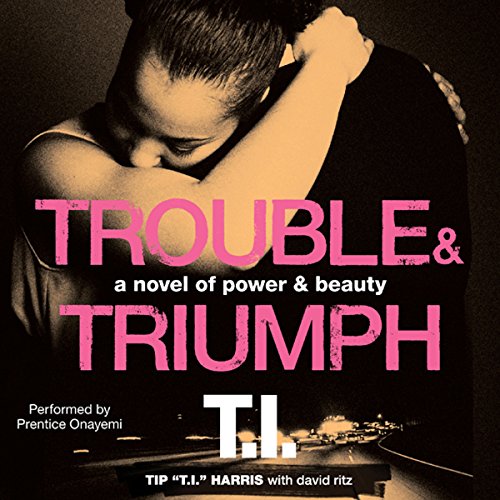 When his mother, Charlotte, was killed, Paul “Power” Clay and his closest friend, Tanya “Beauty” Long, fell under the spell of a savvy and ruthless Atlanta businessman named Slim, who promised to protect them.

Wise beyond her years, Beauty always knew that the only person she could rely on was herself. It didn’t take long for the level-headed young woman to recognize the simmering violence beneath Slim’s street charm. But getting away from him wasn’t easy, and it came at a heartbreaking price: turning her back on Power. Escaping to the glamorous catwalks of the Big Apple, she’s worked her breathtaking good looks and quick wit to build a thriving fashion business. Despite her success, she’s still haunted by the pain of leaving Power behind. Money and new men cannot erase the memory of the true love she denied.

To Power, Slim’s world held everything he thought he wanted: women, wealth, power, authority. He discovered too late that Slim Simmons isn’t just a businessman - he’s a ruthless killer who will turn on anyone he thinks is getting in his way. He is the monster who murdered Charlotte. Now, he controls the fate of her only son.

But neither Slim nor Power count on Beauty. Like Slim, she is a master who will manipulate, seduce, and sacrifice to get what she wants. She’s never let anything stop her from fulfilling her desires, and she will broker a dangerous bargain to save the only man she’s ever loved. But is saving Power worth sacrificing herself - body and soul? Will his youthful ambitions lead him to redemption - or deeper into the darkness? Will they both become everything they swore they’d never be?

A tale of gangstas and sistas, money masters and politicians, that moves across the globe from Paris to New York, Atlanta to Tokyo, the Caribbean to California, Trouble & Triumph is a hip-hop mash-up of loyalty, betrayal, revenge, desire, greed, family, politics, and absolution - and of two unforgettable young star-crossed lovers from the streets who will risk everything for their dreams...and for each other.

What listeners say about Trouble & Triumph

I loved this whole series. Great entertaining story. The ending what I was what I was hoping for. This is a must listen. I hope there is one more book.

I prayed it would get better!

Would you try another book from Tip "T.I." Harris and David Ritz and/or Prentice Onayemi?

Okay second time is suppose to be a charm and I thought it has to be better...NOT ...I just felt myself praying it would end soon and hating the fact I have to end a book once I start.

Would you be willing to try another one of Prentice Onayemi’s performances?

What character would you cut from Trouble & Triumph?

Ummm...hard to stay with bad plot

If you could sum up Trouble & Triumph in three words, what would they be?

Nothing
Slim is the " Man"

Last --lead into the wedding at Slims old home

The Power of Beauty

Long drawn out, over sexualized, fantasy esque with a terrible ending. Corny. Kept waiting for it to get better. It did not

great read! Would love a part 3

the story was great. I love how it ended but would love a part 3 to tell more of what happened. but overall great book!

Very detailed! it has to be a 3rd book to follow. Power and Slim has to settle their differences and will beauty husband come looking for her and so much more.... I'm patiently waiting on the 3rd book...oh and Prentice did an awesome job narrating. I have to find more books with his voice

Wow!!!I really was not expecting the book to be as good as it was. In some parts of the book the story dragged but over all a pleasant read.

I enjoyed this book but the ending left me wondering what is next, I hope a 3rd book to tell me what they ended up doing.

TI KNOWS how to rap AND write!! I highly recommend this Part 1- Power And Beauty book before this one. Time to check out if there is a part 3!!

Enjoyable story, wondering if there is a book three. The narration does well with the different characters.