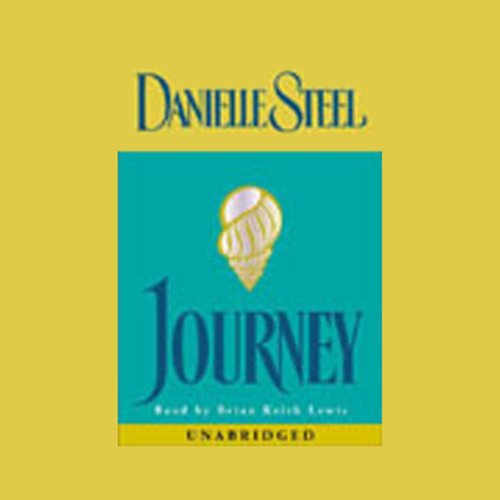 By: Danielle Steel
Narrated by: Brian Keith Lewis
Try for £0.00

Everyone in Washington knows Madeleine and Jack Hunter. Maddy is an award-winning TV anchorwoman. Jack is the head of her network, an adviser to the president on media issues. To the world, theirs is a storybook marriage. Two brilliant careers. A long, loving partnership. But behind the locked doors of their lush Georgetown home, a very different story emerges. For as Maddy's career soars, a bitter edge has crept into Jack's words, a pattern of subtle put-downs, control, and jealousy that Maddy has always tried to ignore and deny. For Maddy, there are no bruises, no scars, only the daggers of fear, humiliation, and isolation. Their effect is as powerful as the gun, the knife, or the fist, the wounds as deep. Through hard work, long years, and with Jack's help, Maddy has become a role model and a star. It seems impossible to believe that a woman the nation idolizes lives in degradation and fear. Only Maddy knows the terror in her heart. Her secrets are well kept, sometimes even from herself.

Maddy's journey to healing begins when the president's wife offers an extraordinary opportunity, the chance to join her newly formed Commission on Violence Against Women. There, Maddy hears chilling stories from terrified wives and girlfriends that sound eerily familiar. And there she comes to know Bill Alexander, a distinguished scholar and diplomat who also works on the commission. Bill suspects that something is terribly wrong in Maddy's marriage and begs her to open her eyes.

Set against a backdrop of world-shattering events, Journey is a story about abuse in its subtlest forms. With wisdom and compassion, best-selling novelist Danielle Steel reminds you that no one is exempt from the effects of this devastating disease, which crosses social boarders and has no respect for money, power, or success. But at its core, Journey is about hope, about change, and about daring to be free.

What listeners say about Journey

Where does Journey rank among all the audiobooks you’ve listened to so far?

I've listened or read almost every one of DS's books and this one really nails the subject matter. I have gifted this book in all formats to many many women going through abuse. I listen to this book at least once a year to remind myself to stay strong, to watch out for the warning signs and to once again have the confidence I am a good, strong and worthy woman. Thank you for this book. Also PALOMINO and The Ranch - Amazing books by DS! Are these two on Audio?!

Didn't not enjoy the story line of a verbally abusive husband. Very hard to listen to. The love story was sweet.

Wow!! Couldn't put it down!

I listened to this book all weekend! I was in my opinion the best book I have read of DS. I recommend it to everyone! Especially women in abusive relationships. I is a real eye opener.

this is my third danielle steel book and it is still a tear-jearker =D i liked the story but some of the details were somewhat too long which left the ending too short.

Off to a slow start, this story never got joyous, or sad or funny or much of anything. I feel like somebody stole a credit from me.

So on point, received a light bulb moment!

Beautifully written, loved the story! I was immersed in it and enjoyed every word to the end.

It's about the journey

True words have never been spoken it's about the journey it always is in life. I thoroughly enjoyed the book there were times where I couldn't put it down. Danielle Steele is one of my favorite authors. This one was one of the best. I hope you will enjoy it as much as I did.

Journey is a book many women need to read. It’s beautifully written and narration wonderful. Knowledge is power, and a book like Journey will teach, inspire, and entertain. Be bold and take your life by the reins.