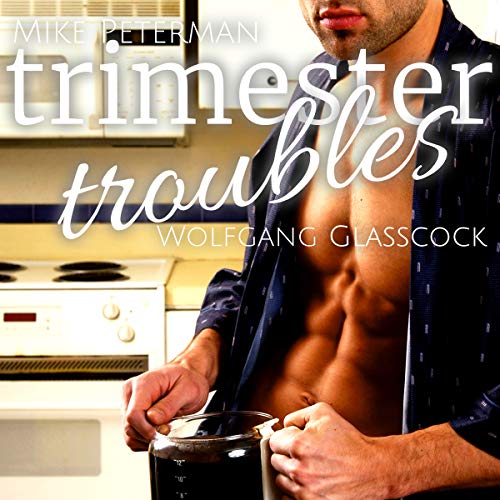 By: Wolfgang Glasscock
Narrated by: Mike Peterman
Try for £0.00

I'm an ordinary human male, and I've never bothered with werewolves before. My family, even though I never speak to them, would be ashamed of me. And what would my best friend think, now that she's lost her mind? I have to make a choice: either stand with my mates or bleed humanity dry....

Working as an upscale waiter isn't what Bryan wants, but the job pays the bills. Life is seemingly okay.

Then Dale, a billionaire, stops by and asks for a table. He, being suave and tall, attracts Bryan immediately, and after serving him he's totally taken.

One thing, though: Dale is a werewolf in hiding.

Bryan wants to understand his fated mate, but an unknown beta male and local riot threatens him....

Can he overcome his trimester troubles? Or will humans cut him down?

It had promise but didn’t live up to its potential. During the love scenes some of the language wasn’t very sexy to me and I wish the narrator had acted it out better. It’s not a total waste of an audiobook it’s just not great.

This is a great novel but do to the mono tone narration was hard to follow. The narrator never changes his voice or tone even in the love scenes. IT was like Siri reading to you. Lost interest really fast.

I understand the nature of the genre but this book was seriously absolutely the WORST, it was like the foulest creature vomited the worst thing you could imagine.....and this horrid collection of crap was created.