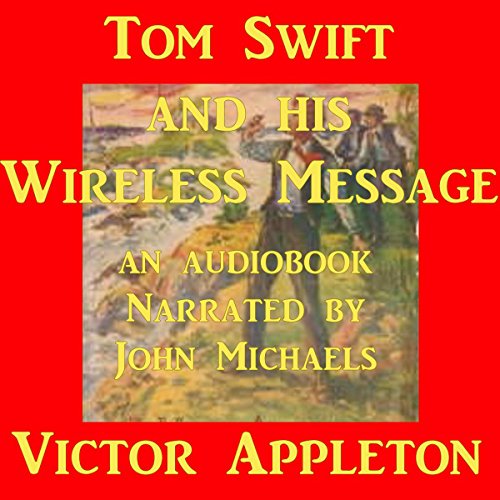 Tom Swift and his Wireless Message

Tom Swift and his Wireless Message

This is volume 6 of the Tom Swift series, Tom Swift and his Wireless Message where our hero, the young inventor, Tom Swift helps a fellow inventor get his airship the Whizzer off the ground. So far off the ground in fact that he and his fellow travelers are caught in a storm stranding them on an uninhabited tropical island fraught with earthquakes. To make matters even more interesting, Tom and his friends discover another group of castaways from a yacht wrecked in the same storm, but wait there is even more. His girlfriend's parents are among the castaways. In this episode our hero not only flies airship, but he builds a wireless radio from scrap parts, and since he is the only one who knows Morse code sends the message that leads to the rescue of the castaways. Of course every chapter of this melodrama is a cliffhanger that will no doubt keep your your earbuds or headsets on until this audio book reaches its exciting conclusion.