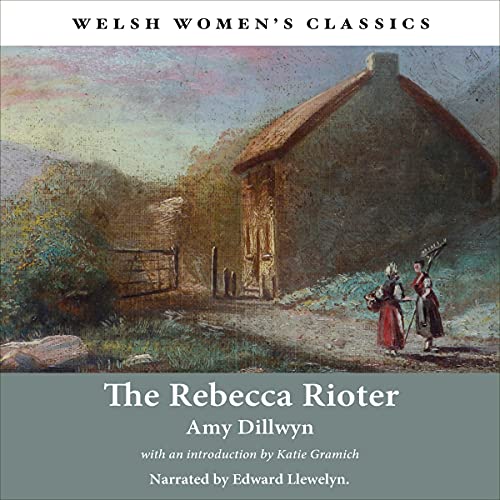 By: Amy Dillwyn
Narrated by: Edward Llewelyn
Try for £0.00

First published in 1880, The Rebecca Rioter is a novel based on the notorious Rebecca Riots in South and West Wales in the early 19th century. The story tells the tale of Evan Williams, a young working-class man, struggling to come to terms with the injustice and social inequalities of the world he lives in. His rebellious actions during a time of "agrarian discontent" have dramatic consequences, not only for himself, but also inadvertently for the woman he loves.

Amy Dillwyn (1845-1935) was born in Swansea and was a novelist, feminist, and pioneer industrialist, taking over the family’s failing Spelter Works when her father died and making it into a commercial success. She was considered to be eccentric, with unorthodox and iconoclastic views. The Rebecca Rioter is the first and the most Welsh of her novels, many of which satirise rigid gender roles. This republication includes a critical introduction by Katie Gramich, a scholar of Welsh writing in English who teaches at Cardiff University.

The Rebecca Rioter is the fourth publication in the Welsh Women’s Classics series, an imprint that brings out-of-print books in English by women writers from Wales to a new generation of listeners.

What listeners say about The Rebecca Rioter