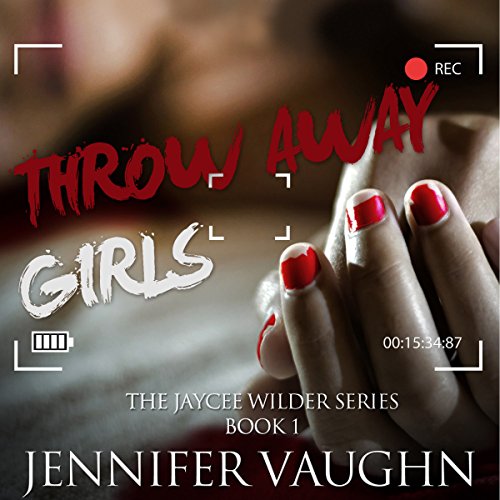 By: Jennifer Vaughn
Narrated by: Nicol Zanzarella
Try for £0.00

The killer lives a normal life during the day while hunting the Throw Away Girls at night, punishing them for their dark urges. He leaves messages behind in his victims' blood, his explanations for enacting such brutal, twisted justice upon the unworthy. He watches the media coverage. He knows the wily reporter is chasing him. As Jaycee follows her gut and the evidence, she forces him to act. But when a killer is clever and cunning, he can infiltrate anywhere. Jaycee must utilize all her skills to expose him before he gets to her first.

What listeners say about Throw Away Girls

First off, this book kept my attention from start to finish...and that is not easy to do!

I heard about this book when my favorite radio show, Greg and the Morning Buzz interviewed Jennifer Vaughn and knew then I needed to read it! I was not disappointed and for sure will be seeking out her other works in the future!!!