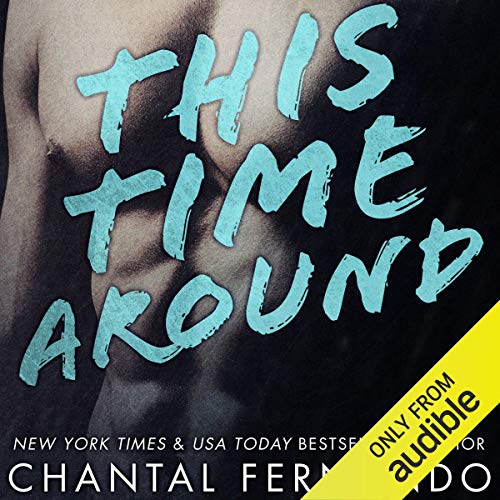 By: Chantal Fernando
Narrated by: Eva Kaminsky
Try for £0.00

I loved her. I lost her. But I'm not willing to let her go. This time I'm playing for keeps.

What listeners say about This Time Around

A Bit of a Struggle

I took me a year to listen to this book after hearing the first book in the Maybe series. This one is marginally better, but I still have more WTF thoughts than I probably should. The biggest among them: WHY did this book go on so long? At best, it should have been a novella, because Ryan went from Manwhore of Australia to Fighting for my Wife in about two seconds.

That brings me to another WTF moment: WHY were Ryan and Taiya separated? And for a year? Yeah, she saw something that she misunderstood, but it wasn't THAT serious that she should have disappeared overnight, stayed away a year, and left him a snotty note. And WHY didn't he make more of an effort to repair things. Instead, he just screwed any female who crossed his path. If their supposed years-long love (from high school) and marriage was so strong, wouldn't there have been more substance to the relationship?

After that, every time Taiya turned around, an old lover of Ryan was there. He was always concerned about being "nice" to them -- but why? They approached him in front of his WIFE! That should be enough for him to cut them off without a second thought. And Taiya's old "friend" -- the reason for the whole debacle -- made a couple of weak attempts to break them up again, but she came around, explained, and supposedly changed pretty damn easily. I just didn't believe any of it, except that it was there for the author's convenience.

After having listened to and enjoyed the Wind Dragons' books, I was really interested in finding out the secrets of Reid and Ryan Knox. Wish I'd just left it alone and liked them from a distance.

So I am going to start by harping on the fact that this was a book set in Australia using Mum instead of Mom and there were no accents. Booo, Aside from that it was a good plot, good angst and ok character development, but not epic. Still planning on completing the series for more of this group of friends. I am feeling this book is more a transition. While entertaining and great listen for multitasking, it wasn't an epic book where I will think months and years later about the characters and need a re-read.

Coming off the high of May This Time.... I was expecting more from Manwhore Ryan...but.... you get what you get..

I wish his wife, Tanya, could be slapped one good time for never giving Ryan a chance to explain what happened... but overall... I am just glad its over...

When you take a vow you keep your vows

Who says one mistake can't be forgiven.
Never did you think you see your wife walk back into your bar with another man.

good story. performance lacking. not sure if they decided to not use male narrator halfway through but there was an entire chapter with him where he mispronounced the heroines name and not just once or twice. the entire chapter.

How do you walk away from your marriage without asking your spouse why he touched another person? How do you get mad at your husband for finding comfort in another person after you’ve written an “Dear John” letter to him and moved out of the country? He’s not innocent but in the end, he definitely wasn’t the villain you think he is at the beginning.

I loved everything about this book. The performance had me hooked from page number one

Great to listen too

This book is about Taiya and Ryan. Taiya comes back in town to help her mother and runs into her friend Ryan and does not know how to deal with it. Ryan trys to get to know her again. You will have to read the book to find out what happens to everyone in the book. I will be getting more books from this author.

Love it! Absolutely perfect writing and great narration. Can't wait to hear the rest of this story!! With all the back ground players!