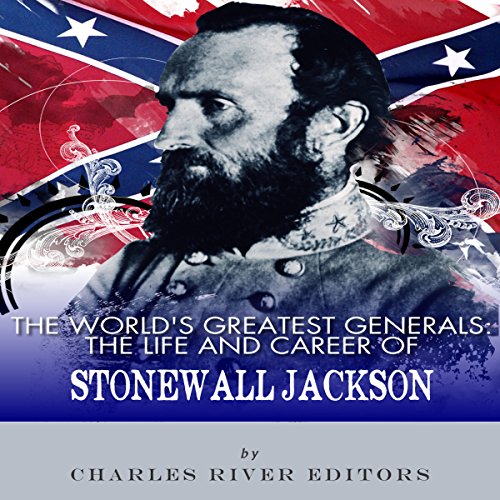 By: Charles River Editors
Narrated by: Dan Gallagher
Try for £0.00

Of all the Civil War generals, none have been mythologized like Stonewall Jackson, whose quirks and piety have made him a subject of study among military historians and Christians alike. This audiobook closely examines Jackson’s military career and discusses the legends and mystique that have since surrounded his legacy, but it also humanizes the devoutly religious and tender husband who humored his students at Virginia Military Institute, loved his family, never cursed, and treated strangers with the utmost respect. Along with pictures of Jackson and other important people and events in his life, you will learn about Stonewall like you never have before, in no time at all.

What listeners say about The World's Greatest Generals