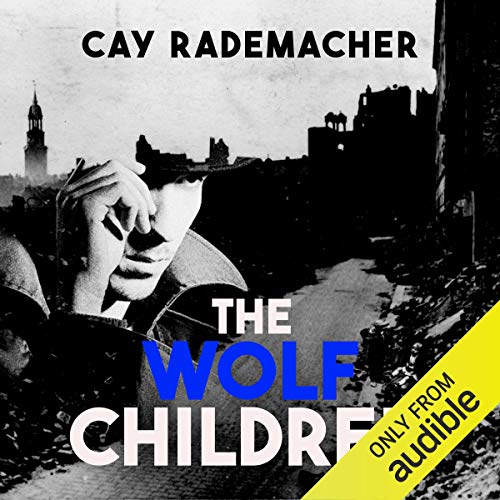 By: Cay Rademacher
Narrated by: Mark Meadows
Try for £0.00

Hamburg 1947: It is the year of extremes. After a bitterly cold winter of starvation, the bombed city groans under excruciating heat. And Chief Inspector Frank Stave is confronted with a new case. In the ruins of a shipyard, the corpse of a boy is found and Stave's hunt for the killer leads him into the world of "wolf children" - orphaned children who have fled from the Occupied Eastern Territories and are now united in gangs. When two more bodies are discovered Stave is under even increasing pressure as he struggles to keep his personal life together too....

What listeners say about The Wolf Children

Frank Stave's Next Adventure is about to Begin

This is Cay Rademacher's Second novel in the Frank Stave Series. In this book, Stave has been asked to investigate the deaths of several children, the first was found in a storage shed at the Hamburg port having been stabbed, during the course of the book two other children were to die. The question is why? Set in the British Control Zone of Germany in 1947. There are children roaming the streets, having lost there parents during allied bombing raids. The Children, known as "Wolf Children" live rough in the ruins of the city, do what ever they can to make ends meet, usually involving some connection to the city's black market. Stave is keen to solve the case, particularly, after the death of one of the children, an under-age prostitute, who has become tangled up in the saga. Stave of course has much besides the case on his mind, his son, Karl has been missing since the end of the war, is he still alive? If he is, where is he? Stave has recently started a relationship and he worries about how Karl will react.

The Wolf Children, is a great second novel, a worthy follow up to his debut, Murderer in the Ruins. The book has many inter-woven strands which makes the Wolf Children an engaging read, It develops the characters from the first book, particularly James C McDonald, a British Army Officer who has been called upon again to assist Stave with his enquiries. I'm looking forward to Stave's next outing - hopefully, it won't be a long wait

Once more an absolutely great read from Rademacher

Why on earth does a story set in 1947 Hambourg have a cast of characters speaking in English regional accents? How bizarre is that?

The storyline is flimsy but is decidedly not helped by the German characters speaking in Lancashire or any other type of accent the narrator thinks might be relevant. It completely destroys the atmosphere of the not very well translated story set in a German speaking post-war environment.

Nobody wants to hear fake German accents, and I’m not suggesting the narrator should have taken that route, but to choose such a range of English accents completely destroyed any atmosphere that might have been created by the living conditions in Hambourg that were intrinsic to this story.

What a missed opportunity to bring a German writer to the attention of an English audience. I was relieved to reach the end and won’t be buying anything else from this author.

Loved this book and Love any book narated by Mark meadows. A true voice aficionado. Brilliant!

This book is set in Hamburg in 1947 and is a German translation. A child body is found is a shipyard and Inpector Frank Stave need to maneuver the polictal mind fields to solve the case. If you are a fan of police procedural and enjoy historical fiction this is a great book. It is the 2nd book of the series and I can't wait for others to be translated.

I like Chief Inspector Stave a lot. I don't always agree with his personal choices (hug him for goodness sake) but he's a good cop and a nice guy. His interactions with the 14-year old girl were kind.

Hamburg in 1947 is another character in the book. Not a city that has been featured a lot. Very interesting place and time. I do question whether the term &quot;baby bump&quot; was used in the Forties though.

I hope there are more books. I look forward to them.