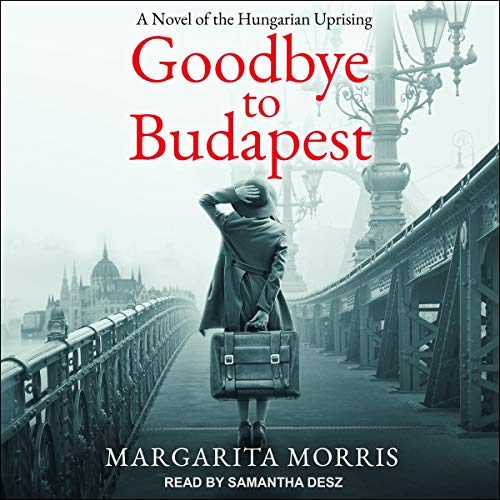 Family and freedom. It's worth fighting for what really matters.

Budapest, 1952. When Katalin and her father, Márton, are woken by the ringing of the doorbell in the dead of night, it can mean only one thing. The Secret Police have come to arrest him on charges of subversion. But Katalin knows her father is innocent.

In a communist society where ordinary people live in fear of the dreaded Secret Police, suspicion and betrayal are rife. While Márton endures the injustice of being wrongly accused, Katalin must find out who among her friends and acquaintances she can truly trust.

But there is a glimmer of hope in the darkness. The death of Stalin is a spark that ignites a fuse. For the first time it seems that change is possible.

In October 1956, a student-led demonstration soon turns into a bloody battle to overthrow the hated communist regime. Confronted by Soviet tanks, young and old take to the streets, armed with Molotov cocktails, bravery, and cunning.

Katalin and those she loves must fight for freedom. They must fight to survive.

Packed with authentic historical details, Goodbye to Budapest is a panoramic novel of courage, sacrifice, and the indomitable human quest for freedom.

What listeners say about Goodbye to Budapest

A lesson from the past

I'm highly subjective by rating this book a 5 star because I come from a former communist party. The horrible practices of the Soviet Union are well known and this is not the first book I read about this. And yet everytime there's a story about fighting and escaping communism, I always ask myself "how can man be so cruel to one another?!'. Goodbye to Budapest is, to me, a book about hope. I've visited the beautiful city of Budapest and learned about its 1956 history while walking the streets, seeing the cinema, the former TV station, AVO HQ (a dark building even today).
so many people had to flee their homes, their country, to leave behind a rich and wonderful heritage.
my only hope is that by having these books around, we might learn from the past and never repeat those mistakes. that we will not let a cruel minority take charge and change the lives of millions.
I highly recommend this book after you've also read The Iron Curtain by Anne Applebaum and Matei, Brunul by Lucian Dan Teodorovici.

The story, from several points of view, has a great premise, and the performance is well done, but I had to stop because the author seemed not to have edited her work to remove the redundancies or the explanations of what any reader would gather on their own. Frustrating in its over-description. The last straw after too many bouts of sloppy writing was when the author described the prisoner finishing his meager meal and licking the bowl “with his tongue”. Excuse me, but that’s just bad writing - what else will he lick it with? Edit more please. Probably won’t pursue more of this author. How does this level of writing actually get published?