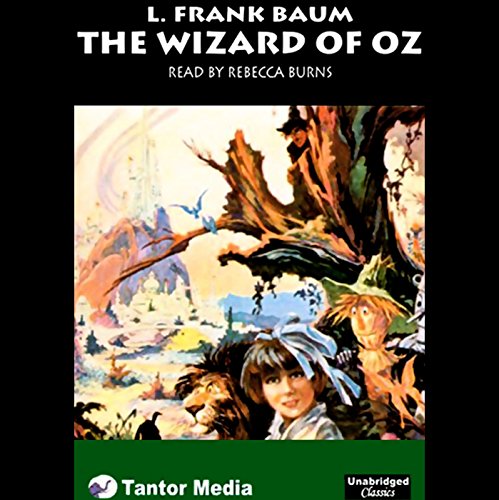 The Wizard of Oz

Most of us remember The Wizard of Oz as the film starring Judy Garland and Bert Lahr. But the film was based on an immensely popular early 20th century Oz series. In these novels, Oz is the utopian land beyond the rainbow where threats are turned back with valor and ingenuity. Their success is due to the way they induce children to look for the element of wonder in the world around them.

Considered the first truly American fairy tale, The Wizard of Oz follows the adventures of Dorothy Gale and her dog, Toto, after her Kansan home is swept away by a cyclone and lands in Oz, killing the Wicked Witch of the East. The munchkins and the good witch, Glenda, show them the yellow brick road, which leads to Emerald City and the powerful Wizard of Oz. On this unforgettable journey, Dorothy encounters the brainless Scarecrow, the heartless Tin Man, and the cowardly Lion, all of whom must overcome the wrath of the Wicked Witch of the West to get their heart's desire.

What listeners say about The Wizard of Oz

Although it would be near to impossible to ruin this wonderful tale, this narrator nearly did. I am not sure what I expected to hear, but she did not deliver in my opinion. When I read to children, no less adults, I usually give some emphasis. For all the emotions in this story, there was minimal in the narrator's voice. I should have listened to a sample of all the versions available before choosing.

while not horrible, the narrator of this recording does not live up to expectations. we get a handfull of charicter voices but nothing in the way of emotion. overall the performance was just plain flat. of course this book doesn't NEED good acting to be a wonderful listen. I'd recomend choosing another version if possible, but this is far better than never "reading" the book.

A Classic Come to Life

I watched the Wizard of Oz on TV every year as a child, but I do not remember reading the book. Because time is so precious, I got the audio version - and it's very well done. In fact, the narration brings this Classic to Life. Great audio quality, too.

OK, but narrator not a star

the version was OK. I did not like the narrator. Found her voice a little annoying and not much emotion.