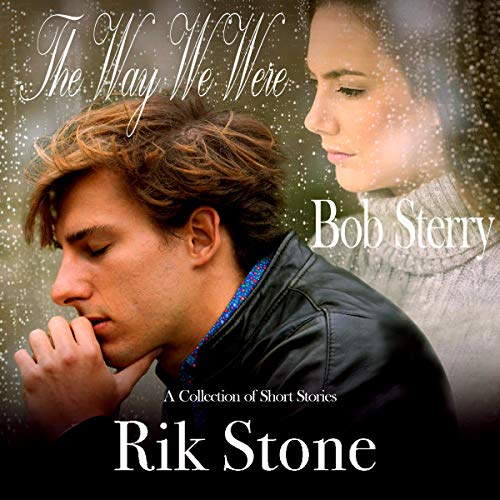 The Way We Were

It seemed more than a little odd that he might meet someone exactly like his ex and on the first night he'd been out since being dumped for bad behavior. If he could get to show her his other side, things might be a little different this time around. But was that likely after what he said in the first two minutes of meeting her?

Jon loved Sally unconditionally, and them keeping him from her was tearing him apart. But they seemed to have complete control over him. How could he possibly turn things around?

Three sisters arrive in a new country. The last thing they expected was to end up on the wrong side of an interrogation table, but does it turn out to be what they'd always hoped for?

Widowed several years earlier, Annie's mom cajoled her into starting again, but the world seemed so different now, and there were those who were out to separate her from her money. She wanted to crawl back to the comfort of her self-imposed life of a hermit but that wouldn't be fair on those worse off than her. The detective she hires to get to the bottom of the problem is really quite a dish, but she had to remember, he was only working for her.

Melanie has a schoolgirl crush on Joe Romano, and when he asks her out, she is more than excited. But he lets her down, and she cries all the way home, swearing never to speak to him again. Six years later, their working lives cross paths. Joe has always carried a torch for Melanie and does everything he can to make up for his boyhood stupidity. Is it too late?

What listeners say about The Way We Were

An Enchanting Walk Down Many Lanes!

This a collection of romantic interludes based in different decades, countries and situations with love as the same theme running through them. The one thing in I enjoyed with the Interludes was the ability to listen or read your favourites over and over. In each story we always a beginning and a happy end. I loved the various ages of the each couple, so we know life is not over at thirty. The last one which has Joe Romano in it was a great surprise for me as I was born and grew up in Southend, Essex, England so listening to the story was a great walk down memory lane.
Bob Sterry is the narrator and with his clear English voice he managed to keep my mind in the  stories Rik Stone has woven for our enjoyment. Especially as we popped through different decades and locations.

A collection of short stories about love, loss, and forgiveness. I was gifted this from the author.

I normally choose to listen to murder mysteries but I enjoyed the author's other books and as three of the stories are connected to one of the hero's from the series A birth of an assassin and we met the sisters in the first book Birth of an assassin I thought it would be interesting to find out what happened to the sister. I was glad I did I enjoyed the collection, as I said it is not normally my genre but as the longest story was only an hour and three minutes it was long enough to hold my attention with out getting board. There are nine different stories with the common thread of love running through them whether new or old. I did need a tissue at the end of the second story, but then I am a big softie.
She reminds me 3 stars
After a bad break up two men go out and before entering the pub he makes a bad impression on a woman that reminds him to much of his ex. Can he get pass this history so that he might have a future?

The way we were 5 stars even if it did tug at the heart strings
Jon and Sally are visiting an ailing Aunty in a nursing home, Jon worn out after a busy day at work falls asleep and the his whole world is throw inside out when he wakes up. Everything is wrong and nobody will tell him why everyyhing is slightly different from what he remembers and more importantly why he can't find his wife or his aunt.

The promised land 4 stars
Jez's (Birth of an assassin) three sisters escape Russia and this is there journey of how they left there country to arrive at the promised land and a better future, if only there fake papers stand up to muster.
Mariam
The older sister has always looked after her sisters and after a long hard journey she finds it hard to worry about herself but faced with an interrogation will her life change for the better or for the worse.
Lydia
The youngest sister, Lyida has all ways been the care free baby of the family but separated from here protectors from the first time the naive girl must grow up fast to survive and maybe find love.
Raquel
The middle sister isn't afraid of anything and with her good looks and feisty attitude her life takes a different course than her sisters and the officials in the new land have plans for her. She start her training with a few bumps but she just hopes she can do her brother and sisters proud.

Out of the ashes five stars
After the death of her husband Annie is reluctant to start dating but pressure from her mother and friend soon as her trying on line dating. When troubling thoughts won't stop plaguing her about Mr perfect she turns to a Pi for help to get to the bottom of the situation but Annie gets a lot more than she bargains for.
A fine romance four stars
A school girl crush doesn't pan out to be as great as she was hoping for when Melaine gets asked out on a date with ladies man Joe and things end badly before they even start. Years later the pair are thrust together and Joe is hoping to get a second chance but has he lost all his school boy charm and will Melaine let the past lay in the past and hope for love?
I liked the narrator he was easy to listen to.

I really enjoyed this collection of short stories by Rik Stone. I found each one to be original and satisfying. I so like it how the author was able to write totally different characters and how they were of different ages and walks in life. Bob Story is a new to me narrator. I enjoyed his English voice, but the recording needed some clean up. I will definitely listen to more books by this author.

An Enchanting Walk Down Many Lane!

This a collection of romantic interludes based in different decades, countries and situations with love as the same theme running through them. The one thing in I enjoyed with the Interludes was the ability to listen or read your favourites over and over. In each story we always a beginning and a happy end. I loved the various ages of the each couple, so we know life is not over at thirty. The last one which has Joe Romano in it was a great surprise for me as I was born and grew up in Southend, Essex, England so listening to the story was a great walk down memory lane.
Bob Sterry is the narrator and with his clear English voice he managed to keep my mind in the  stories Rik Stone has woven for our enjoyment. Especially as we popped through different decades and locations.

I received this audiobook as part of my participation in a blog tour with Audiobookworm Promotions. The tour is being sponsored by Rik Stone. The gifting of this audiobook did not affect my opinion of it.

The Way We Were: Romantic Interludes by Rik Stone is a collection of five different romantic stories.

Sterry the narrator was a fantastic, his voice gave light and vision to the scenes and characters throughout the book.

The short romantic stores where heartfelt and sentimental romantic stories. I so wanted to be a character in this book, the love was simply a reminder that attraction can be subtle and develop into a deep relationship. Each story is short and sweet The romantic interludes are all completely different covering all ages of love, it’s romantic, humorous and an enjoyable listen.

Rik stone’s writing style and the narrator’s tone let us feel the characters emotions, I highly recommend this book

I Need To Get The Book

This is actually a series of stories which I didn't realize especially after I heard the words "The End" shortly after I started to listen to the book - just a warning so you don't end up with the puzzled face like I did. On a positive note, I did enjoy listening to Mr. Sterry's voice. He helped me imagine some of the scenes as they were going by. On a not so positive note; I heard every swallow and every breath which after a while become very off-putting. I will say, in his defense, I'm not very tech savvy so I don't know if there is anything I could have done to my iPod to get rid of all the unnecessary background noise. At times it got so bad that I stopped listening to the story which I didn't realize until I had that "what did I miss" moment.

I was surprised to find out that our author is a male. Mr. Stone created some very nice vignettes. The ones I could listen to left me wanting more. It made me think of times gone by when romance meant something slightly different. To do this book justice, I think that I need to get an actual copy of the book so my mind can do justice to the work that he has created. And again it could just be my lack of experience with technology that hindered my enjoyment of this audio version. I see he has other books available and will have to check them out - I'm not willing to give up, yet.

I voluntarily reviewed an Audiobook copy of this book