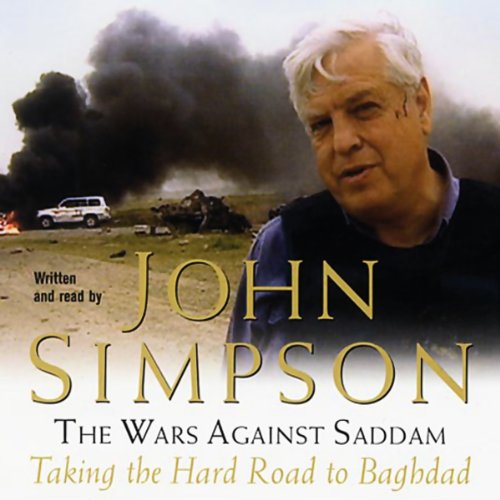 The Wars Against Saddam

"You can't really argue with much that John Simpson says: there is no foreign correspondent left on TV who has a fraction of his recognition and his credibility, a fact which may be unfair on the others, but happens to be true."

That was Simon Hoggart reviewing Simpson's devastating Panorama profile of Saddam Hussein, broadcast in early November 2002. This riveting and important book is the summation of more than 20 years covering Saddam Hussein's Iraq. The War Against Saddam offers, in five acts, the full story of his rise to power and the West's relationship with Saddam throughout his dictatorship.

What listeners say about The Wars Against Saddam

I purchased this in an attempt to try and educate myself a little on the Iraq War & I found this really useful & interesting. It's well written, really makes you feel like you're 'there' & perfectly narrated, I would certainly recommend.

SUPERB EXCELLENT A MUST LISTEN

Excellent but a little too short

this book is excellent and very well written and in this case well read. However it's a little bit a la carte and I felt wanting more

Excellent in every way!

Thank heavens for the BBC and reporters like John Simpson. A must-read for anyone with an interest in western policy towards the Middle East.