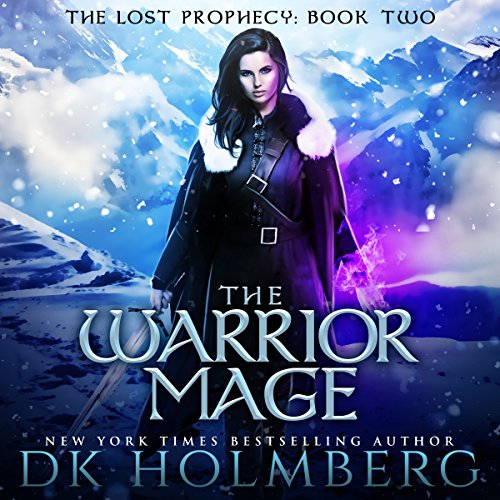 The world prepares for war. Creatures out of a nightmare press south. And only a few will be able to stop it.

Roelle leads the Magi north to discover the secrets of the northern warriors known as the Antrilii. What she discovers forces her to question the role the Magi play in the world as she begins to realize how far they have drifted from their Founders. Rumors out of the north are much worse than she could ever imagine, and her mage warriors might be key to stopping a threat the world hasn't seen in 1,000 years.

Jakob has reached Avaneam with the mysterious trunk only to learn that his journey has just begun. What he discovers in the Unknown Lands will be the key to the upcoming battle, if only he can survive it. His visions continue, and Jakob learns there is more to them - and him - than he had known. Can he understand his growing abilities in time?

What listeners say about The Warrior Mage

Written and narrated much better than the first

This was much better than the first book. The plot and the characters flowed much better.