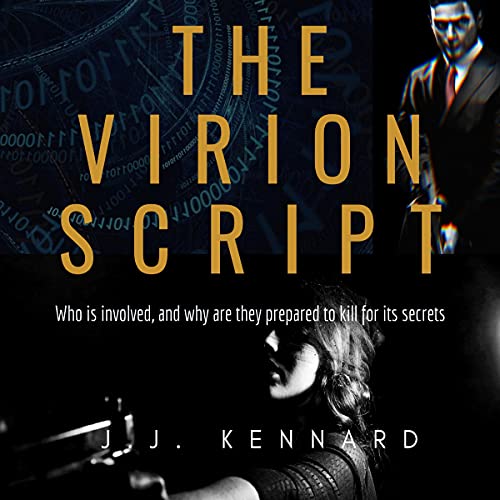 The Virion script project is spinning out of control. As key personnel disappear, the finger of suspicion points to the Estonian mafia, and someone inside British Intelligence. Anna Faulkner, plucked from a mundane job in cyber-security, is briefed to locate the agoraphobic computer geek, Tom Morris. Is Morris the victim of a mistaken identity or can he really be the brains behind the Virion Script? Anna is soon immersed in a world of hostility and disinformation as she tries to determine the nature of the Script, who is involved, and why they are prepared to kill for its secrets.

What listeners say about The Virion Script

Anna has been away at the university, her mother calls. A place she doesn’t plan on staying. Inside she has an over whelming need to escape. She has a mundane job,when given the task to find a computer geek Tom Morris.
Is he the brain behind this VIRION Script. She wants answers, the reality is who is willing to kill for the secrets. A good page turner
Given ARC audio for my voluntary review and my honest opinion
The narration voice Anna’s was good the mother’s voice I didn’t care for.