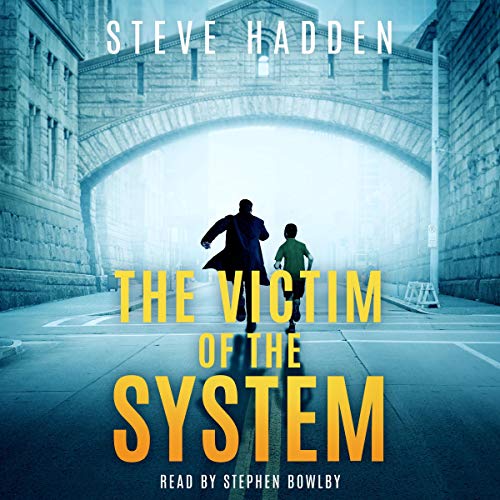 The Victim of the System

Twenty-two years ago, Ike Rossi’s life was shattered when his parents were murdered in cold blood. He surrendered his football scholarship and returned home to find their killer and raise his nine-year-old sister. Now, the crime of a local 10-year-old genius, Jack Cole, threatens to unearth old wounds rather than provide the closure Ike desperately wants.

When Ike meets Jack inside the Pittsburgh courthouse, he doesn’t see a murderer but instead a boy who has been victimized by a system that has left them both without justice. Despite knowing the case will resurrect the painful demons of his parents’ unsolved murders, Ike agrees to clear Jack’s name. The court of public opinion and the district attorney have an airtight case. Worse, taking Jack’s side thrusts Ike into the crosshairs of the most powerful family in Pittsburgh, the Falzones.

Now, with only days before the trial, Ike confronts the Falzones’ crumbling empire to find the shocking evidence that could save Jack. At the same time, he races to decipher a series of cryptic clues from Jack’s dead father that could hold the key to his son’s freedom. But each step closer to the truth draws them further into danger, and as three fractured families collide, Ike is forced to choose between saving Jack - and saving himself.

The Victim of the System is a powerful and entertaining thriller about the justice system, closure and the abyss between them.

What listeners say about The Victim of the System

In this story our private investigator tries to find evidence to justify the assassination made by a young boy after his father supposedly committed suicide. I liked all the caracteres (and we do have a few), but my favourite part was the mystery emails clues (you will never guess the code, it's really good and clever). The only thing I liked less was the boxing scenes, because they didn't seem much important to me. The thriller doesn't have nothing too remarkable (we know the bad guy almost from the start) but it's well written and explores the drama of the the family relations, love and loyalty (the main theme of the story in my opinion). The remarkable thing is the ending (I mean the why this all happen). I kind of loved a follow up to know more (no spoillers, you will have to read to know what I mean). Have fun.

This was a thrilling and intellectually stimulating book from beginning to end. I read the paperback and liked it so much I thought I would download the audiobook for an upcoming roadtrip. Hadden writes with a style that speaks to me, if you like this book check out; The Sunset Conspiracy, it will not disappoint.

The author constantly and pervasively used analogies that were simple and cliche. It’s like he was a 7th grader who just learned about analogies from his English teacher.

“His robe flowed behind him like a superhero.“
“He was like a cat clinging to a board in the middle of the ocean.”
“He looked like he was chiseled out of granite.”

What a waste of time.

Everybody has a secret! Moral dilemmas abound.
Well-written and holds your attention throughout!

This book delivered more than I thought possible. A prodigy child of 10 on trial for murder and being tried as an adult! And daddy helps solve the mystery from his grave. And to think it was solved wit the periodic table. Who would have thought up something like that? The mind of a genius is who. I want more like this. Steve Hadden brilliant author and read by a wonderful narration by Stephen Bowlby. Great work guys.
I received this free for an honest review from the author or narrator.