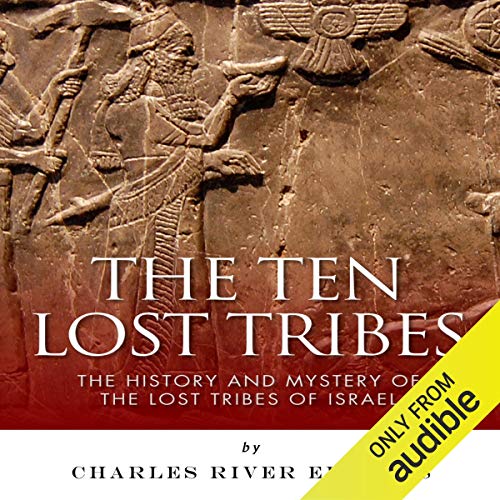 The History and Mystery of the Lost Tribes of Israel
By: Charles River Editors
Narrated by: Gordon Greenhill
Length: 1 hr and 23 mins
Categories: History, Ancient
4.5 out of 5 stars 4.3 (3 ratings)

"I counted as spoil 27,280 people, together with their chariots, and gods, in whom they trusted. I formed a unit with 200 of [their] chariots for my royal force. I settled the rest of them in the midst of Assyria. I repopulated Samaria more than before. I brought into it people from countries conquered by my hands. I appointed my commissioner as governor over them, and I counted them as Assyrians." - Sargon II, Assyrian king

In the eighth century BCE, one of the most important provinces within the Assyrian Empire was Samaria. Also known as Israel, Samaria repeatedly rebelled against their Assyrian overlords, but in 722, the Assyrians overran Samaria once and for all, killing countless numbers and sending most of the rest of its inhabitants into forced exile. The events of Samaria's fall were chronicled in the Assyrian annals from the reign of Sargon II and the Old Testament, and although the two sources present the event from different perspectives, they corroborate each other for the most part and together present a reliable account of the situation. The end result was that 30,000 Israelites were forcibly deported from the region, a tactic the Assyrians found so effective that they would continue to use it against other conquered enemies until the fall of their own empire.

The Assyrians' forced exile of the Israelites was not the only time such a fate had befallen them, as made clear by Babylonian accounts and the Biblical account of the Exodus out of Egypt, but it was that exile that permanently scattered most of the legendary 12 tribes of Israel, and the fate of the 10 lost tribes has interested people ever since.

Did not give details I hoped for. Could have expanded study on cultures better. It was ok.

Are Sephardi Jews part of the 10 lost tribes.

Did not answer questions

No. It did not really dive into the research that I was expecting from this novel.

The most interesting part was learning how many of the tribes disappeared or merged with other more prominent tribes.

Would you listen to another book narrated by Gordon Greenhill?

Could you see The Ten Lost Tribes being made into a movie or a TV series? Who should the stars be?

The book sort of left me hanging. It seemed to end abruptly. I also think that when maps and diagrams are going to be in a book, that should be clearly stated in the description of the book. Much was lost due to NOT being able to see the charts and maps that were referenced during the reading.

nothing here except reworked banter. any real research would at least explore some of the clames of lineage throughout the world's culture.

the discovery of the Assyrian tablets, is in line with what the authorized 1611 KJV, tells of the account. not any of these Jokers or even close to what the Bible the King James version says.