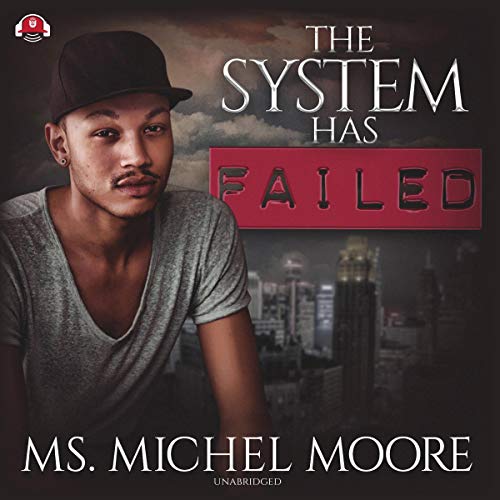 The System Has Failed

Terrell wasn't raised in the corrupt streets of Detroit. After being abused and left for dead by his violent, psychotic father, he was raised by his aunt and uncle in a loving home in the suburbs. But he never lost touch with his mother, whose selfish scheming sparked the fire that led to that fateful night when Terrell became disabled. Now that he's an adult, his tainted bloodline has other plans for the wheelchair-bound teenager.

Throwing away his silver spoon, Li'l T easily favors an oversized .40-cal he keeps tucked on his lap. With Simone, his wicked-minded mother, cosigning his every criminal move, Terrell hopes he can rise to be half the man he believes his deceased father was, even though Kamal was the one to put him in the iron-wheeled casket. A product of the system, Terrell is haunted by his past, but he's determined not to let anything stop his shine.

What listeners say about The System Has Failed

I really dislike the narrator

SHE'S A READER. NOT A NARRATOR.

HER NARRATION IS THE WORST! TOO FLAT. NO AFFECT! HER READING MADE IT HARD TO FOLLOW THE EMOTIONS

so good so true

I got caught up in the Simone/little T storyline but felt like this was 2 books in 1. I lost interest on the 2nd part and just decided to not continue listening. Very disappointing

This listen took me on a whirlwind threw the generations. It truly had me wondering what was going to happen next. Really good listen.

This one was shocking and a challenge to stomach!
However honors to the author for stretching the limit and the reader for a great job in delivery

Kamal and his whole blood line was bat shit crazy. Reading this really makes you think about how genetics work. I think Joy should have been given mental help instead of prison time and May w Justice would have had a chance. But on second thoughts with his bloodline maybe not. lol

Now the system has failed a fifth generation of savages with a twisted ending wow.