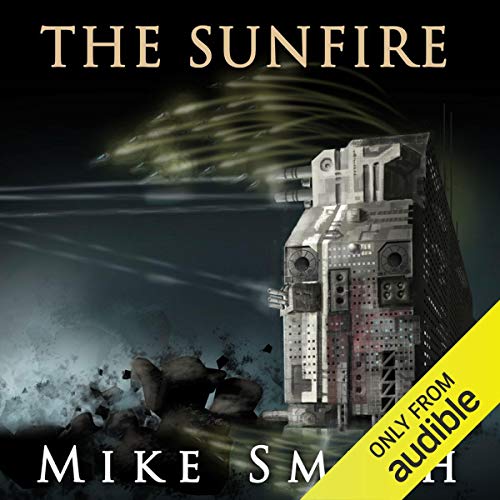 Commander Jonathan Radec is dead. However, the commander has already died once before, and for some death is but a doorway....

"For whoever has lived unjustly and impiously goes to the dungeon of requital and penance which, you know, they call Tartarus." - Plato

After making a shocking discovery that reveals the truth about a long-held misconception, the crew launch a desperate rescue mission to Tartarus. The only way to reach there, aboard the Sunfire, which was once the Confederation Navy's newest, most powerful heavy cruiser, but is now nothing more than a ghost ship, adrift amongst the stars.

Meanwhile, the last Imperial Princess, Sofia Aurelius, is questioning her own decision to focus on the Senate and turn her back on her family - and Jon. Embarking on a quest to discover the truth about the present - she instead finds the past has finally caught up with her.

Failure will mean certainly death for them both, but the price of success could be far worse, almost certainly plunging the galaxy into civil war, the last of which, 500 years ago, cost tens of millions of lives.

What listeners say about The Sunfire

1. I thought I was buying a science fiction book, turns out it was just erotica.
2. This book is condescending towards women, and makes it clear that they are inferior - that they constantly need men to solve all their problems.
3. The hero of this book is unrealistic and comes off as a complete douche-bag, after the first couple of chapters I was hoping that he would just die. He justifies his misogynistic attitude towards women by comparing himself to monsters - well I'm not that bad so I must be good!
4. The plot is non-existent and nothing interesting happens, everything is totally predictable - just like bad porn.
5. To say the villains are 2-D cardboard cut-outs is an insult to cardboard. They struggled to have even a single dimension.
6. The story is ham-fisted.

The narrator was good, but what is the point when the story was so terrible?

This book is a 13 year old boy's wet dream ... who wants to read that? If it was printed this story would be a candidate for book burning, not because it is controversial but because it is just so lame.

we should stick to the theme

the premise of this sori read pretty typical. it was an interesting enough read.

there was much too much gratuitous sex that did not at all contribute to the advancement of the plot to the point where I had to fast forward through some of it.

I think that the author is trying so hard to stretch two books into three that I am not at all interested in the third book of the series.

Would you listen to The Sunfire again? Why?

This is not one of the classics I keep to listen to again and again. It has some good elements, but it is not a compelling story nor read.

What is completely unnecessary is the gratuitous sex. In my opinion, if graphic sex does not move the plot along, it gets in the way. Such is the case here. This author is obviously new at his trade. Hopefully, he will mature as he does have some good ideas along the way.

The reader improved greatly, but still injects inappropriate sarcasm and voice inflection. Much improved from the first book, however. Maybe with practice, the third volume will be the best. I will buy, listen, and review.

I started listening to book 1 in this trilogy accidentally. then I fell in love.

great series so far. love the characters and the balance of personal and global problems. characters are genuine and flawed in their own ways. very believable