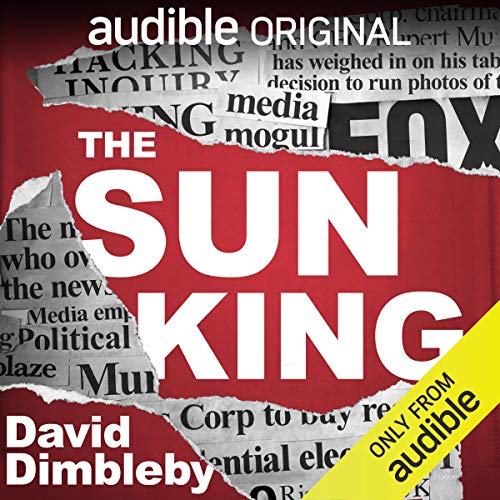 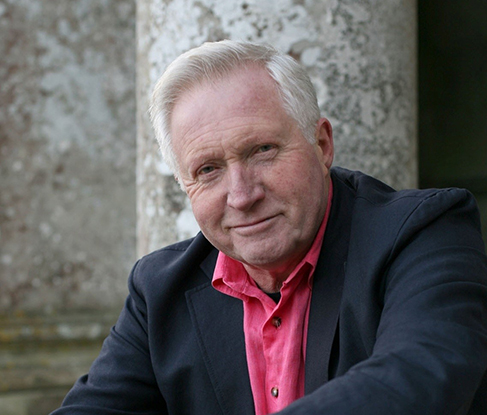 
David Dimbleby is one of Britain’s leading journalists and broadcasters. On television he headed up every UK election between 1979-2017 and helmed the BBC’s flagship political programme Question Time for over 25 years. As a journalist he has reported in places all over the world – from Albania to South Africa – and interviewed prime ministers and US presidents, including Jimmy Carter and Bill Clinton.

In his 20s, David inherited a small group of local London newspapers from his father, which he then went on to run for over 30 years. Through that experience he has felt a connection to Rupert Murdoch - who also inherited newspapers from his father – even if their paths dramatically diverged. David first interviewed Murdoch in 1968 and has followed the mogul’s career for more than five decades. This is his first foray into the world of podcasting.

Murdoch is an innovator who has re-shaped a media industry across continents, from Australia to the UK to the US. He is a disruptor who has changed the nature of our politics with a steadfast focus on giving the people what he believes they want. But to what extent has Murdoch shaped our modern world? Has he created new audiences, or given existing, under-served audiences a voice? And what motivates the media mogul? Money or power?

Broadcaster David Dimbleby, one of the UK’s most respected politics and current affairs journalists, has followed Murdoch’s career for more than five decades. In this series he charts the rise of the man they call The Sun King, beginning when the 38-year-old Australian newspaper executive arrived in London in 1968 and the two men met for the first time.

Dimbleby tells the story of how Murdoch turned The Sun from a serious and staid broadsheet into the UK’s most widely read tabloid newspaper, before moving to the US to take on the New York Post. He explores Murdoch’s war against the British print unions and how eventual victory helped him gain access to the highest echelons of power in Britain. But this is not just about Murdoch’s rise and rise, Dimbleby also investigates the media mogul’s lowest moment – the phone hacking scandal and how it almost brought his empire crashing down. Finally, he tells the story of the origins of Fox News in the US and how that TV channel helped create a president.

Talking to people who have worked with Murdoch and against him, David asks what Murdoch’s special insight is when it comes to building an audience. And how has that insight – the idea of giving people what they want – affected our politics? How influential is Murdoch really and what does that mean for us as a society? At a time when Murdoch’s relationship with Trump might leave him in his most powerful position yet, who is the man they call The Sun King?

What listeners say about The Sun King

First off this is an absolute masterclass in the production of an audio documentary, the sound, the interview selection and the use of music is all absolutely top notch. Dimbleby is quite simply a class act and few people will have more insight into the old Fleet Street scene and indeed UK/US journalism. It's fascinating to see the similarities between how the two men (Dimbleby and Murdoch) started and the huge gulf that lies between them now.

'The Sun King' is a little over four hours of concise, well-produced journalism telling a story that most of us know parts of but almost no-one knows all of it. Murdoch has been a massive innovator, a huge political influence and incredibly single-minded in his pursuit of his goals. He's a strong man and a strong character and I would genuinely have been interested in his side of the story - though he apparently and unsurprisingly declined the opportunity.

I have very strong views about Murdoch and his type, they aren't positive views. However, leaving that aside it's admirable to see how Dimbleby and the team constructed their narrative and told the story. There are of course some jaw-droppingly awful things that have occurred under his watch with the phone-hacking scandal obviously being front and centre. The way that the story is told does shine what, to me at least, was genuine new light on the subject. There are many interviews with people from the inside of Murdoch's empire which make for fascinating listening.

If you're interested in the subject of media influence on our lives, and I'd humbly submit that we all probably should be, then this is a simply brilliant podcast.

This series tells the story of the rise and rise of Rupert Murdoch and analyses the scale of his influence on western democracies. A superb piece of work, beautifully narrated by Dimbleby and an interesting evolution in the audio book format - it’s more like a high quality radio programme.

I am binge listening to this. Brilliantly told - written, presented, produced, edited & mixed. Love it!

Great listen, a reminder if needed as to what an absolute scumbag Murdoch is. An absolute blight on the world and someone who’s death will be nothing but a good day for mankind.

Masterpiece! So relevant to today's audience.

I've already listened to three episodes today and can't wait for my commute tomorrow to hear to the next installation. Absolutely loved the ep about the unions vs Murdoch. Great listening!

A random tweet brought this series to my attention. I took a punt. My lord, I'm glad I did, The production & research is quite remarkable. At the risk of sounding nerdy, even the score & sound design are standout.

Ultimately, though - it's the way the narrative [across the six episodes] jumps between decades & continents without ever losing you as a listener. You know exactly where you are and what is happening at all times thanks to a beautifully well-studied/told story.

The closing 5 seconds of the final episode is hilarious, by the way. ha ha.

Devoured it in a day!

A fascinating (and terrifying) look at the global impact of Rupert Murdoch, and how he has fundamentally altered Western media and politics. Great podcast.

Superbly crafted. Analytical, engaging and an excellent mix of direct personal account and other voices. I’d have welcomed a little more back story, but that’s a small criticism of a brilliant series, which Is so relevant to understanding the exercise of political and media power in these times. Everyone should listen to this.

Excellent. Biography of a revolution

Born in the same year as Murdoch arrived in London, this story is the news track of my life. The effect of the uncouth Australian is one we should understand well. Populism, pragmatism, power, persecution and the press are all here.