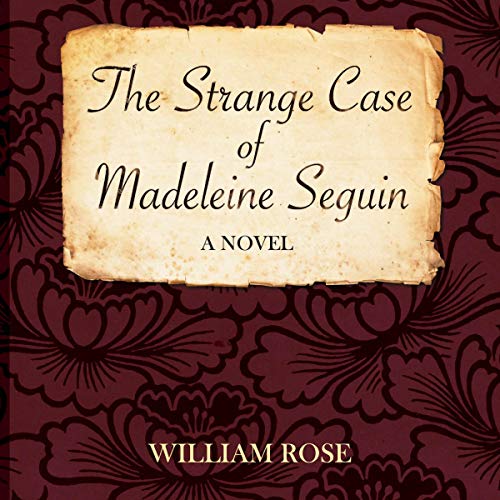 The Strange Case of Madeleine Seguin

It is Paris in the 1880s, and the century is in its final decadent throes as it moves toward the fin de siecle. New scientific ideas are countered by a resurgent interest in the practice of magic, whilst in the arts, the Symbolists are exploring the strangeness of dream and the imagination.

In the Salpêtrière Hospital, hundreds of female patients are suffering from the curious malady of "hysteria". Many of them are being treated through hypnosis, under the regime of the celebrated and charismatic Professor J.M. Charcot. One such patient is Madeleine Seguin, a young woman whose past is a mystery and who evokes a fascination and possessiveness in those who come close to her.

As well as the doctors, Madeleine will encounter a young Symbolist artist, a Catholic priest, a powerful aristocrat, and most dangerously, those practicing the darkest aspects of the occult - each of whom will try to save or corrupt her. She must survive them all if she is to shape her own destiny.

What listeners say about The Strange Case of Madeleine Seguin

A dramatic tale in a time of art, madness and bohemian adventure

An engaging and evocative story, vividly describing a unique time of artistic and scientific innovation. The characters are well-developed and believable and the scenes of Belle Epoque Paris, conjured up my the author, have a solidity that makes them feel more like the description of a memory than a fictitious invention. The plot is interesting and satisfying, with some moments of real drama. I had the audiobook version of this book. It was read very well (by the author) and I thoroughly enjoyed it. I often found myself listened for longer than planned due to a desire to learn what happens next. I would thoroughly recommend the Strange Case of Madeleine Seguin (especially the audiobook format).