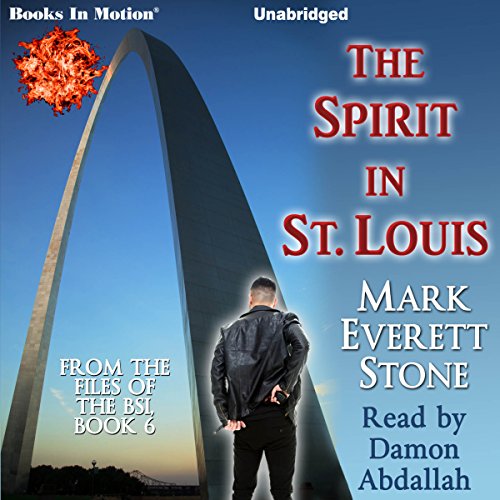 The Spirit In St. Louis

The whole world now knows of the existence of the World Under, thanks to fallout from the terrible events in Omaha a year back. As the World Under's most effective foe, Kal Hakala performed actions that were both heroic and horrific.

Now, sidelined as an Agent, he serves the Bureau of Supernatural Investigation as its public face, charming talk show hosts and training new recruits known as "Green Peas". However, the World Under never rests, and events force Kal back into action. A malevolent spirit occupies St. Louis's Quint Building, and the team sent in to combat it disappears after their leader is driven to suicide.

The BSI has no choice but to send in Kalevi Hakala and his team to solve the problem. As each of the individual members of Kal's team is isolated and dumped into his or her private hell, Kal begins to wonder if he hasn't finally met his match: the most powerful force the World Under has to offer.

Book Six in the From the Files of the BSI series.

What listeners say about The Spirit In St. Louis

Kal gets back in the game in a big way. Narration is perfect as usual, can't imagine anyone else for this series. My only complaint were the multiple perspectives. I don't think they always sound as good as they read. Several of the characters weren't main characters and I didn't find their perspectives as interesting. Having said that, this was a very entertaining listen and I will be happy when the next one is out.