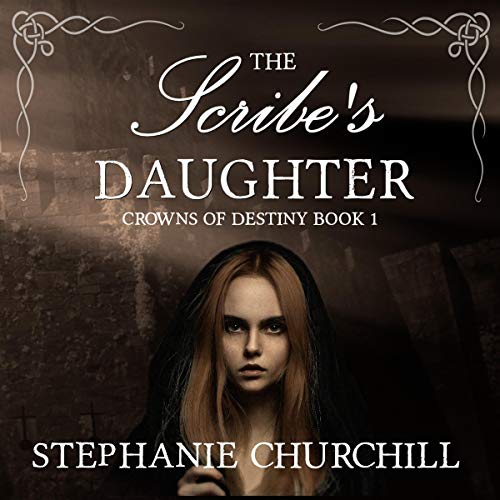 By: Stephanie Churchill
Narrated by: Leonor A Woodworth

Kassia is a thief and a soon-to-be oath breaker. Armed with only a reckless wit and sheer bravado, 17-year-old Kassia barely scrapes out a life with her older sister in a back alley of the market district of the Imperial city of Corium. When a stranger shows up at her market stall, offering her work for which she is utterly unqualified, Kassia cautiously takes him on. Very soon, however, she finds herself embroiled in a mystery involving a usurped foreign throne and a vengeful nobleman. Most intriguing of all, she discovers clues to the disappearance of her father three years prior.

When Kassia is forced to flee her home, suffering extreme hardship, danger, and personal trauma along the way, she feels powerless to control what happens around her. Rewarding revelations concerning the mysteries of her family’s past are tempered by the reality of a future she doesn’t want. In the end, Kassia discovers an unyielding inner strength and that, contrary to her prior beliefs, she is not defined by external things - she discovers that she is worthy to be loved.

A tale from the mists of time

Set in a world of the author's imagination, orphans Kassia and her sister Irisa try their best to eek out a life in a harsh cruel city, living under the regime of a harsh cruel ruler. One day, Kassia is given a mysterious assignment by a mysterious man who mysteriously gives her a bag of coins. As she takes herself out of the heart of the city to work on her mission, she is spared the fate of her sister's disappearance and meets a young man, Jack, who vows to help her discover the secret of her missing sister's fate. along the way, she learns the truth about who she is and is faced with a terrible decision.

The things I like most about this book was the pace, the characterisation, the writing style and syntax, all coming together to produce an enjoyable tale. The product was professionally created and the narrator characterises Kassia very well, ensuring that her wit and her humour shine. There plot is intricate but not so much that its difficult to follow, and although we only glimpse small chunks of the world in which Kassia and her companions live, there are some very clever world building, such as the customs that when a wife dies, the man must marry the sister who will take her place to keep the alliance going between the two families, and when a life is saved from a deathly illness, a life must be sacrificed. These little snippets made me envious that I had not thought of them myself.

The narrator does her job in bringing us this entertaining story making it enjoyable to listen to. I loved the deep emotions that Kassia speaks of as she tells us her story in the first person. There is a cast of memorable characters from the heavily accented pigdog 'Swine', to the handsome Jack who is captivated by Kassia and the loyal, always helpful Cai, one of my favourite secondary characters. Kassia's sense of humour and wit are a joy to listen to, but just as easily as she can make you smile, she can make you feel her emotions and the reader cannot fail to feel for her.

Written as a book for young adults (and older adults), the plot is creatively and intelligently woven. As she narrates her story, we learn the story of her transition from a girl to a woman, damaged by the cruel abuse she experiences on her journey. There are times when you want to shout at her and ask her what the hell is she thinking! Just like Jack, whose relationship with her has its rocky moments.

On the face of it, fantasy sometimes feels as though it must be the easiest genre to write, but can also be one of the most difficult. World building is a skill, and this is Ms Churchill's first go at it and she does it well, making you feel as though the world she is writing about once existed, somewhere in a medieval fairy tale. Her use of language and the skill she uses in putting words together in such a way that you makes you wish you had written that line. The love affair between herself and Jack is a clever device to drive the plot and there are some beautiful scenes between the two of them where the dialogue is so natural, you feel as though you are listening to two real people and not characters in a book.

This is the first book that Churchill has written in this series and there is a second called the King's Daughter, which I cannot wait to read, and i believe a third is in the offing too. Churchill is definitely an author to watch for!

This was quite a difficult review to write because technically this is a good book with a strong plot that also lays the foundations for subsequent ones in the series, it has a wide variety of interesting characters, but it just didn't grab me as there was something about the pacing where it just seemed to meander on without really picking up even during the major plot points.

The narrator did a good job overall with a suitable arrange of tones for the various characters, but the overall delivery probably didn't enhance the audiobook as much as it could have done.

Overall, objectively speaking this was a good book, but just wasn't for me.

A Reverse Fairytale with an Edge

I really enjoyed this book and would classify it as a reverse fairy tale with an edge. It is a well written and rounded out story, setting up the next book quite nicely. The book is touted as a YA novel, I did have a little trouble with some of the events that befell the protagonist and without providing spoilers, I think I would recommend this for more of a mature audience. Actually, the story itself would have worked wonderfully without them. The narrator did a fantastic job and was very easy to follow, she voiced all the characters in very unique ways and I enjoyed listening to her. If you’re looking for a fairytale with a strong protagonist at the helm this book is for you, I’d definitely suggest spending a credit on it.

Ok, so the story reads/listens well, the overall storyline is intriguing. The reader does an ok job with most of the characters, should probably stay away from accents in the future though. The main problem I have with this book is that the author kept the MC stupid to drive plot lines. For example, the MC gets ambushed and hit on the head, tied up, and left in a shed. Six hours latter, with no explanation, she is having a happy little brunch with the abductors instead of trying to get the hell the away. She comments on always wearing the medallion her father gave her...except where it is convenient for her to bury it....even though she is just stalking around the city looking for her sister. ....and she buries it in the building with a bunch of other vagrants...who I am sure never thought about stealing....like she does. She trusts in one paragraph, regardless of the people or situation she is in. I thought maybe, if I skipped ahead I could find her character more developed and just chalk this up to the ignorance of youth, but she doesn't change....it just keeps going.

With that said, someone may enjoy this, the prose is ok, and the overall plot intriguing...but I can't recommend spending a credit here.

An overly drawn out trivial story.

If it wasn't for the fact that I was working on a project that I just needed background noise, I never would have made it to the end. This has to be by far the worst I've encountered in some time. There is just nothing appealing about the main character. I kept waiting for something to actually happen that would justify the use of this many words. It never happened. The character growth was just not there. She would one minute be described as having gained all this inner strength and resolve from the tribulations of her "epic" journey, but then turn around and say she had always had it.
The ending was lackluster to say the least. So convenient that the main character gets her "true"love and lives happily ever after. The epilogue made no sense at all, barely tying into the story we had just been put through.
I was so hoping for a strong female MC that actually did something rather than life happening around her and oh how unfair it all was.
The narration was just as bad. The tone throughout the story was borderline monotone. Very little inflection to show differing emotions, let alone action taking place. It was a struggle at times to listen to this voice hour after hour.
Overall, I would not recommend this to anyone.

I honestly have to say. this story was truly amazing. from the storyline to the narrative. It's set in a time for arranged marriage, between royal house's. there's a lot of action and adventure, but also heartache and real loss. not for young kids, but worth the listen

Wow, I didn't see that coming! Loved it! Great characters, loved the plot with its twists and turns. Wow!

This was a very interesting and creative story by Stephanie Churchill. I really enjoyed it, I think the characters were well written and developed, I loved the story itself, and I thought the narrator did a fantastic job. I was intrigued by Kassia throughout, she's very complicated and there are lots of twists and turns. All in all, I think it's a great story and I'd definitely be interested in more from this author, and also narrator :)
I was given this free review copy audiobook at my request and have voluntarily left this review.

I think this book was decent. It was a little slow at times but managed to hold my attention for the most part. I was never able to completely get into the story, though. The narration is decent as well. Her voice was pleasant enough, but she spoke a little slow for me. That's just my opinion, though, so take it with a grain of salt. All in all, I didn't hate it and I think I would be open to another book in the series.

This story was very good. The author has done a good job of writing and building each of the characters. The narrator does a a wonderful job bringing them to life.

I was hooked into this book by Kassia, and the depth of her character and story enthralled me the whole way through. Ms. Churchill weaves a great tale that crosses over many genres - trust me you will enjoy this one!!