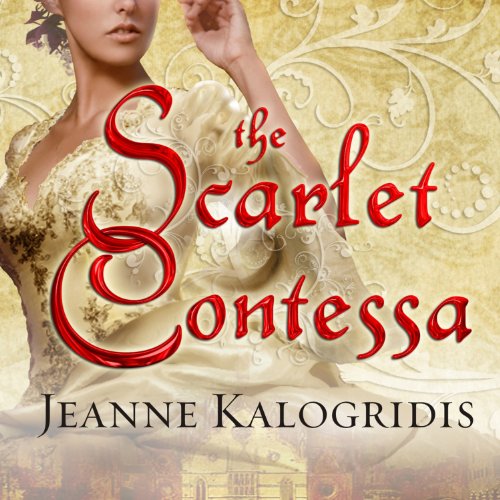 By: Jeanne Kalogridis
Narrated by: Wanda McCaddon
Try for £0.00

Daughter of the Duke of Milan and wife of the conniving Count Girolamo Riario, Caterina Sforza was the bravest warrior Renaissance Italy ever knew. She ruled her own lands, fought her own battles, and openly took lovers whenever she pleased. Her remarkable tale is told by her lady-in-waiting, Dea, a woman knowledgeable in reading the "triumph cards", the predecessor of modern-day Tarot.

As Dea tries to unravel the truth about her husband's murder, Caterina single-handedly holds off invaders who would steal her title and lands. However, Dea's reading of the cards reveals that Caterina cannot withstand a third and final invader - none other than Cesare Borgia, son of the corrupt Pope Alexander VI, who has an old score to settle with Caterina.

Trapped inside the Fortress at Ravaldino as Borgia's cannons pound the walls, Dea reviews Caterina's scandalous past and struggles to understand their joint destiny, while Caterina valiantly tries to fight off Borgia's unconquerable army.

What listeners say about The Scarlet Contessa

Wanted to like this one as Caterina Sforza is easily one of the most fascinating people in Renaissance Italy, but I couldn't finish it. For starters, the book isn't about her, and that's my own fault for not taking other reviews to heart first. It's about her fictional, intolerably new-agey handmaiden Dea. I didn't pick this book to read about Dea, and I especially don't care about Dea's tarot readings as a plot device.

At some point I may come back to this one and give it another try now that I know what to expect, but right now... so many better books await.

Wanda McCaddon, by any name she uses, is always a superb narrator. Her talents are wasted on this one, but you can't win them all. I trust she got paid well anyway.

Worth my time, loved it.

I really could not put this book down. I was really happy with the blend of fictional illustrative talenets and the use of historical accuracy the author used to tell the story. I will definitely be reading more books by Jeanne Kalogridis. However it looks like Audible only has one more of her books.

We're on our way to Italy in the fall, so I'm reading my way through a long list of both fiction and non-fiction histories. I enjoyed this book -- it was engaging and entertaining. Some of the "magical" parts of the story I found to be a bit much, and at times it veered more towards romance than history, but overall I think it was a good read. Caterina Sforza was an amazing woman.

I thought this book was great. It was different than what I expected, but it held my interest until the end. There were some rather strange elements...but nothing that I felt detracted from the story. It was neither too much nor too little of anything, but had just enough of everything that I like: it was descriptive, atmospheric, told a good story, and it had sex, violence, warfare, and interesting details of life in the renaissance.

this is a Great book!

I love the history and the love story all wrapped up together. Wonderful book. I enjoyed it very very much..

This narrator sounds like she is reading a grocery list instead of telling a tale. Seems like she can't get to the end of the book quick enough and with as little emotion as possible