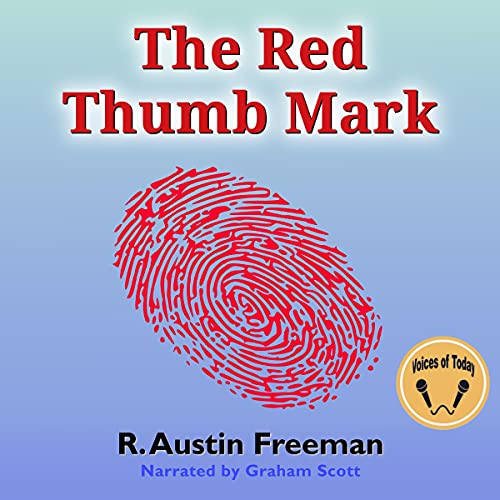 By: R. Austin Freeman
Narrated by: Graham Scott
Try for £0.00

In their first case together, "scientific investigator" Dr. John Thorndyke and his assistant, Dr. Jervis, work to clear young Reuben Hornby, accused of stealing a parcel of diamonds from his uncle's safe - and of leaving behind him a bloody thumbprint. Can Thorndyke prove that the new science of fingerprints is not quite the magic bullet that the authorities believe and clear his young client? And in the meantime, can he frustrate the attempts against his own life by some ingenious unknown adversary?

What listeners say about The Red Thumb Mark