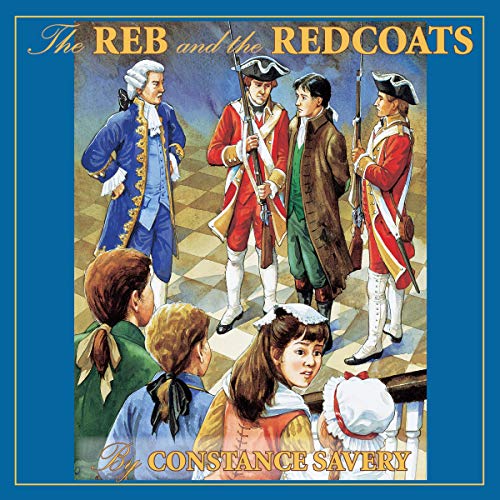 The Reb and the Redcoats (Living History Library)

The Revolutionary War is seen through the eyes of a British family to whom an American prisoner of war has been entrusted. Technically the young prisoner is in Uncle Lawrence's custody, but the children soon forge a forbidden friendship with him. He becomes the Reb and they his Redcoats.

After the Reb nearly dies, even Uncle Lawrence, embittered by the unjust death of a friend in America, thaws toward him - but this doesn't stop the Reb from scheming to escape.

Constance Savery deftly weaves themes of trust and forgiveness into an interesting plot with likable characters.