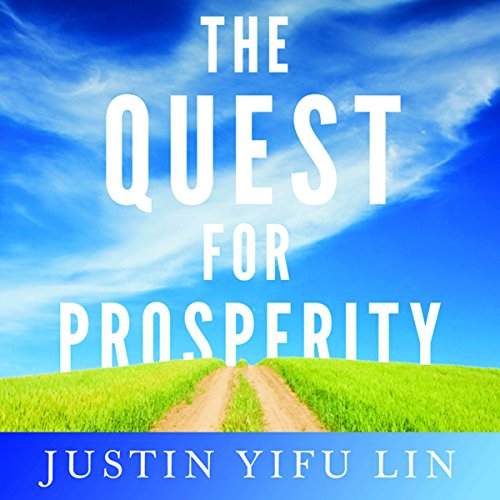 The Quest for Prosperity

How can developing countries grow their economies? Most answers to this question center on what the rich world should or shouldn't do for the poor world. In The Quest for Prosperity, Justin Yifu Lin--the first non-Westerner to be chief economist of the World Bank - focuses on what developing nations can do to help themselves.Since the end of the Second World War, prescriptions for economic growth have come and gone. Often motivated more by ideology than practicality, these blueprints have had mixed success on the ground.

Drawing lessons from history, economic analysis, and practice, Lin examines how the countries that have succeeded in developing their own economies have actually done it. He shows that economic development is a process of continuous technological innovation, industrial upgrading, and structural change driven by how countries harness their land, labor, capital, and infrastructure. Countries need to identify and facilitate the development of those industries where they have a comparative advantage - where they can produce products most effectively - and use them as a basis for development. At the same time, states need to recognize the power of markets, limiting the role of government to allow firms to flourish and lead the process of technological innovation and industrial upgrading. By following this "new structural economics" framework, Lin shows how even the poorest nations can grow at eight percent or more continuously for several decades, significantly reduce poverty, and become middle- or even high-income countries in the span of one or two generations.Interwoven with insights, observations, and stories from Lin's travels as chief economist of the World Bank and his reflections on China's rise, this book provides a road map and hope for those countries engaged in their own quest for prosperity.

What listeners say about The Quest for Prosperity

A brilliant and convincing explanation of why some countries have done so well economically and others have struggled badly. Finished with practical advice on what policies make sense to pursue

Good review by an economist responsible for China’rise

Indicates what countries do right and wrong in their economic planning. Would be useful for government planners as well as companies looking for overseas activities