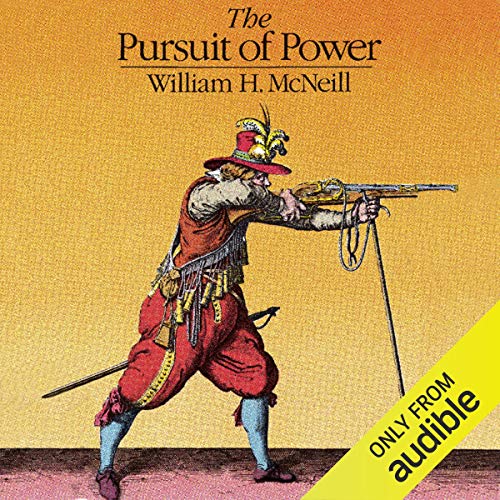 The Pursuit of Power

In this magnificent synthesis of military, technological, and social history, William H. McNeill explores a whole millennium of human upheaval and traces the path by which we have arrived at the frightening dilemmas that now confront us. McNeill moves with equal mastery from the crossbow - banned by the Church in 1139 as too lethal for Christians to use against one another - to the nuclear missile, from the sociological consequences of drill in the 17th century to the emergence of the military-industrial complex in the 20th.

His central argument is that a commercial transformation of world society in the 11th century caused military activity to respond increasingly to market forces as well as to the commands of rulers. Only in our own time, suggests McNeill, are command economies replacing the market control of large-scale human effort. The Pursuit of Power does not solve the problems of the present, but its discoveries, hypotheses, and sheer breadth of learning do offer a perspective on our current fears and, as McNeill hopes, "a ground for wiser action".

What listeners say about The Pursuit of Power

mostly holds up after four decades

Excellent narration and a fascinating survey of military-technological change in the Global North. While one can quibble with some details here and there, the he makes a persuasive case of the central role of warfare in shaping technology and politics. Not for beginners, as it assumes some knowledge of world and especially western history, but quite approachable overall. Definitely of value for those with a firm grasp of the political history.

really nice tie in of revolution of weaponry. Though too dry for my taste but it helped me put some things in perspective.

Part from 1500s to Napoleon were the most useful for me