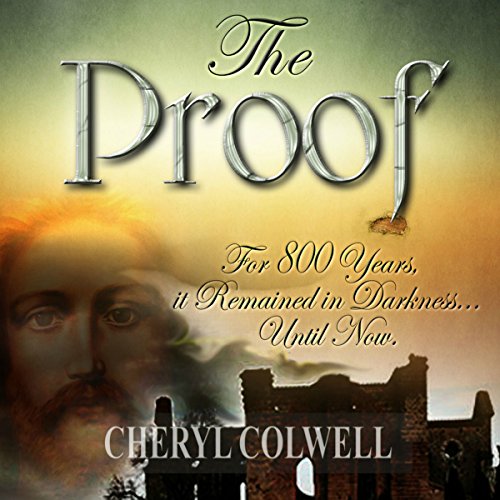 Shrouded in mystery, a precious relic known as Il Testamento, or The Proof, circulated among the early Christians for centuries. Before their deaths, its guardians hid it from their adversaries, leaving only a crude map of its location.

For centuries, it lay in darkness. Until now. Reports of its existence have resurfaced, inciting an ancient rivalry between a ruthless group that seeks to destroy it, and a secret association that lusts for its power. Summoned to Siena by a grandfather he has never met, Gabriel Dolcini is thrust into a dark maze of danger. And into his divine destiny.

What listeners say about The Proof

If I had only paid more attention....

What disappointed you about The Proof?

The dogmatic Christian preaching that wound it's way through the book. My own fault however, as I failed to read the publishing company source, which turns out to be a Christian publisher.
Not that there is anything wrong with that, it's just not what I expected.

Has The Proof turned you off from other books in this genre?

What aspect of P.J. Ochlan’s performance would you have changed?

Not much. He did a fine job. Good narration, for what it was.

If you could play editor, what scene or scenes would you have cut from The Proof?

The final scene is gratutitous, IMHO.

Listener be ware. Evangelical material here! That said, the basic precept of the book, and it's narration, are pretty damn good. I just don't personally need the preaching, but if you are into that, you likely will enjoy this offering.

Be warned: This is a Christian novel

What disappointed you about The Proof?

When I chose it it sounded good and there was nothing in the information from Audible to tell me this was a Christian novel. I would not have spent a credit if I had known.

This is a puff piece for Christianity cloaked in a hunt for archeological antiquity and just to drive the cliche home, in the end there is a grand conversion by the main character. To add insult to injury the narrators Italian accent is ready made to a Disney cartoon. I wish that Audible would create a separate catagory for these axe grinding books.