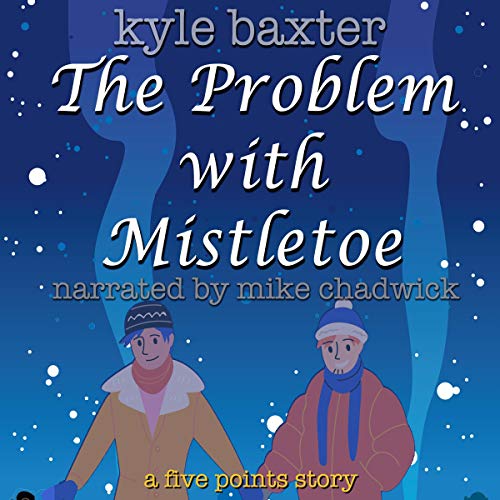 The Problem with Mistletoe

By: Kyle Baxter
Narrated by: Mike Chadwick
Try for £0.00

David Cooper did not believe in happily ever after. He thought he'd let his chance at that pass him by. Between work, being a single father, and planning a Christmas party for his mother’s charity, his life was complicated enough. And then, he has to ask Alex Capili, an old friend who just returned from the big city, to help run the charity event. Spending weeks working closely together, old feelings come up, and David wonders if fairy tales really do come true.

Alex came home to help sell off his family’s restaurant. He was not looking for love, and happy endings only happen in movies. But nothing about this return trip home town is quite what he had expected, and David is still the best man he's ever known: a good father, with a heart as big as all outdoors, and disarmingly handsome.

What listeners say about The Problem with Mistletoe

Actually it's more like an Xmas mini series as there's so much going on. Really enjoyed it. Definitely a good Lockdown read, even if it's more summer than Xmas now