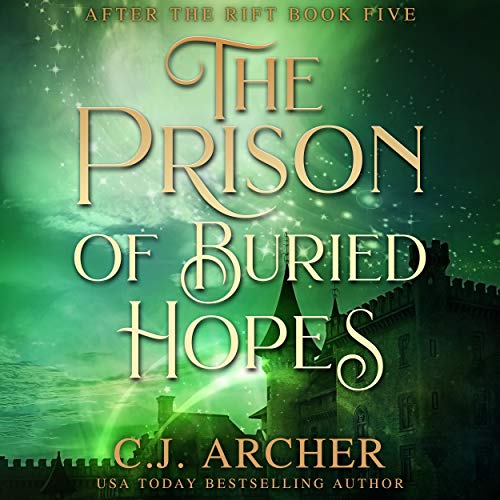 The Prison of Buried Hopes

In the fifth installment of this epic fantasy series, a journey south brings together nine eclectic friends and leads them ever closer to answers...and danger.

On their journey south to Freedland, Josie, Dane, and their friends sense that someone is following them. Hiding in the twin cities of Merrin Fahl seems like their best course of action - until they’re recognized by strangers.

With this tantalizing hint to their pasts within reach, Dane is suddenly arrested and thrown in prison for a murder he didn’t commit. In a desperate attempt to free him, Josie promises the king of Vytill the gem and sorcerer’s wishes, neither of which she possesses.

Meanwhile, in Josie’s homeland of Glancia, war is brewing.

What listeners say about The Prison of Buried Hopes

It always hurts me a bit when novels, all too often, use mines as a substitute for hell. I'm from WV where my family has mined coal for generations, ending with me. The mine prison scenes just hit different.
There are some convenient characters that happen in this book that help the pacing. At this point the Duchess is my favorite female character.

This book is much quicker paced then the previous with action happening at every turn of the page! My favorite so far, can't wait to see what happens next.

Dragging this out forever

Paid by the word? And many times are you allowed to save the good guys at the last second?

First time ever crying reading a story, twice to be honest. Lots revealed in this book now we need a good ending in the next one.