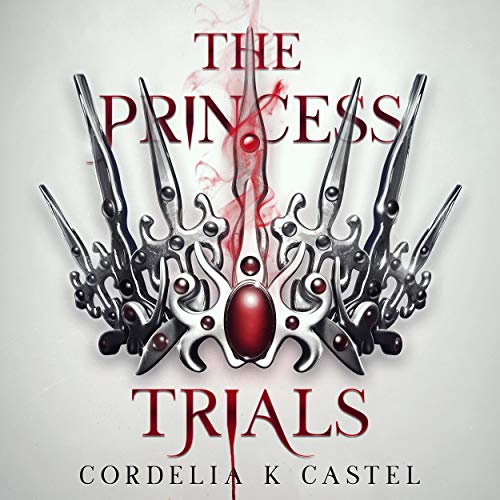 Thirty young women. A handsome prince. A battle to the death.

Water is scarce. Deserts have taken over the land. Nuclear war has devastated humanity. Humans live in walled super cities to keep out the irradiated. The land that was formerly known as America is divided into kingdoms ruled by royal elites.

Born into the lowest Echelon of the Kingdom of Phangloria, 16-year-old Zea Calico faces a life of hunger, thirst, and toil. The only way out of this drudgery is revolution, and Zea is desperate to help the cause.

When the palace calls for candidates to compete to marry Prince Kevon, Zea joins the Princess Trials to search the palace for weaknesses.

The trials should be a fairytale of sumptuous meals, ballgowns, and romance, but one misplaced word causes Zea to attract the Prince’s attention. When Zea uncovers the man beneath Prince Kevon’s public facade, she is at risk of falling in love and losing sight of her mission.

But the televised beauty pageant turns deadly, and Zea must fight for survival.

Perfect for fans of The Hunger Games and The Selection, this exciting tale of courage, intrigue, and betrayal will have you listening for hours.

What listeners say about The Princess Trials

Didn't think I would enjoy at first

This was so much like the selection in the first 10 chapters. After that the story started to remind me much of the red queen. Especially in the class system and the different sectors. But I like that it focused less on romance and more on this Zia's experiences during the selection. Can't wait to see what happens in the next book.

I wish there was more of a love story. The book is action packed in the second half. The reader is great.