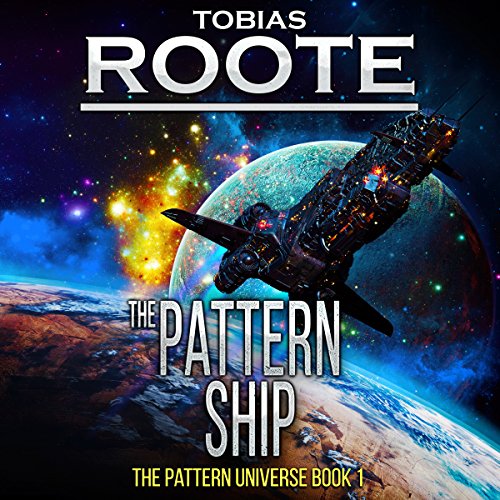 "This is not your usual alien vs humanity novel"

You have to feel sorry for an alien who wakes up on Earth after hibernating for millennia only to find his own race gone - destroyed centuries earlier by a ruthless hive of artificial intelligence. All that remains are humans, who have yet to evolve sufficiently to bypass their own shortcomings and unify as a race to work toward a common goal.

The alien, Zirkos, chooses to befriend a US Vet named Zeke Callaghan who possesses a rare component he needs to complete his spaceship's revival - an exotic meteor fragment currently buried in Zeke's head. A bond is forged between the two bringing with it remarkable technological advances in personal safety and an end to humanity's incessant demand for war. The breakthrough ultimately proves a catalyst to launch humanity into space.

From there events quickly take on a life of their own as the duo battle to bring Earth to a state of readiness to defend them from the approaching threat of 'The Nubl'.

What listeners say about The Pattern Ship

I very much enjoyed this book.
The story has great potential for a long series.
Narration was great, though i’m British so i would say that.
The only downside for me, is the added sound effects.
They are not needed or wanted. And can be distracting at times.
Overall a great first book in the series.

Would have been better without the sound effects

The background sound effects were irritating and drowned out the voice of the narrator. It would have been much better without it.

A GOOD IDEA SPOILT BY THE STORY DRIFTING INTO THE USUAL BATTLE FOR POWER AND MONEY BY THE HUMANS IN GOVERNMENT.NARRATION AVERAGE AND A LITTLE FLAT.

The write up made this an audio book to try so I did so. Really bad regional accent does this story no justice.
The writing leaves something to be desired even though I only got 10 minutes in before I had to stop listening, I could not continue listening to the voice.

Probably a good story on Kindle which I also got so might try reading instead.

love the idea of a "pattern" surviving the aeons

Would you listen to The Pattern Ship again? Why?

Did like the interaction between the age old pattern ship, its occupant and a "down-and-out" rising above the world government order.

What does Liam Owen bring to the story that you wouldn’t experience if you had only read the book?

Yes - keenly awaiting the follow on book - hopefully to be published soon ....

This is an optimistic look at the future, but ...

It is the first book in the series. Without the series finished, it can be frustrating to read the book and then have to wait "who knows how long?" for the series to be finished. The characters and the created near-term earth world were well done.

I guess I will have to wait for the next book in the series.

Enjoyed the book a lot. The author does a great job showing how and alien machine and AI might work. He creates a great alliance between man and machine. Thought the voice acting on this one was great. Very enjoyable.

It might have been a good story if the narrator had been able to just read the book. But they tried to get fancy and added background NOISE. It sounded like they found the oldest building in town, went to the basement, found the squirrel cage with the worst bearings, running on high and had the narrator try to read the book with that in the background. I stopped listening after 15 minutes. I tried to stick with it, but the background NOISE was just too annoying. Next time, just read the book and forget the fancy stuff.

The book starts out much like a textbook on future technologies, but once the unfamiliar technology is established the author weaves endearing human and AI personalities into the fray. Really enjoyed the story and look forward to the next one.

Only issue is with the editor. Apparently the editor didn't read the book while doing the job and spliced paragraphs together as one. You would be listening about one character and jump to another without even a pause. Need the next book on audio.

Smart story, really got me thinking

Smart story, really got me thinking. We'll thought out technology and amazing description.
Thought the narration here was also spot on and engaging. Great listen!

I kinda got hooked. Story is simplistic in its thoughts but is good storytelling. Sci-fi should take a supposition and give a plausible outcome. This does that in many ways. Although I doubt the outcome achieved would be the real result. Worth a read.

One review said that they hated the background noise but I have to disagree with them because I liked it. It's like marmite you either love it or hate it.
I usually don't like this sort of book where it is between a human and an AI but the author had me hooked from the beginning. I think this is due to the fact that it is fast paced to begin with and a lot happens so you are intrigued to see what happens next.
The thing I did not like is the profanity used by nearly everyone except the AI and the Alien. It did not feel realistic to me. Also, some of the characters felt a bit over the top and at times did not sound believable. The president who wants world peace yet acts like an 18 year old at times, the scientist who acts like a dictator and has not ethics yet they are brought in to help. And why does the alien go to America when they need human involvment. Why can't it be Africa, Australia or even Japan. It would have more interesting and different if they decided to go to a different country this would have made it more intriguing.
This is a mixed bag for me. There are parts I loved and others I hated.
It has some profanity, mild violence and no sexual content.

I like the narrator's voice a lot for a science fiction story. It fit. I enjoyed the performance a lot. I also like the background noises. It was smart and entertaining. I enjoyed the details of the technology. A fun SF story was reminiscent of Star Wars audible in feel and fun, which I also listened to on cassette tape. I was able to get lost in the world and sounds. I will definitely be listening to the next in this series.

I volunteered to listen to audible copy and this is my honest opinion.

I read this book before listening to the audiobook and it's great!

Note: I was giving the audiobook for free in exchange for an HONEST review!