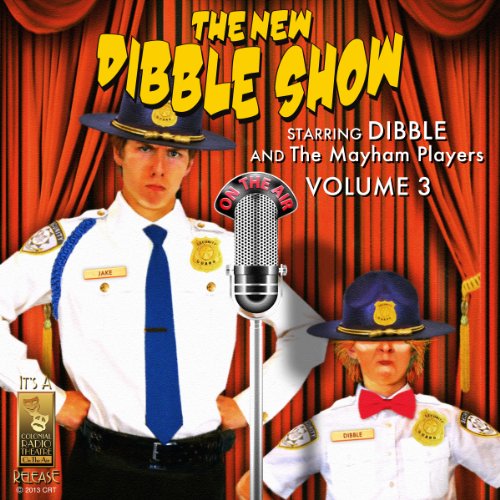 The second season begins with six episodes of Colonial Radio Theatre's hit series, The New Dibble Show "Live from the stage of the Town Hall Theatre in Glorious Mayham Massachusetts - It's The New Dibble Show." This is the energetic cry from announcer Westbrook Ahern that begins each episode of Dibble and the gang. The Town Hall Theatre is the place for Dibble's weekly Radio Show where he entertains his dozens of fans who supposedly listen in each Saturday night to his broadcast which barely reaches the edge of town.

The entire family will enjoy these madcap comedy adventures from Dibble and the gang!