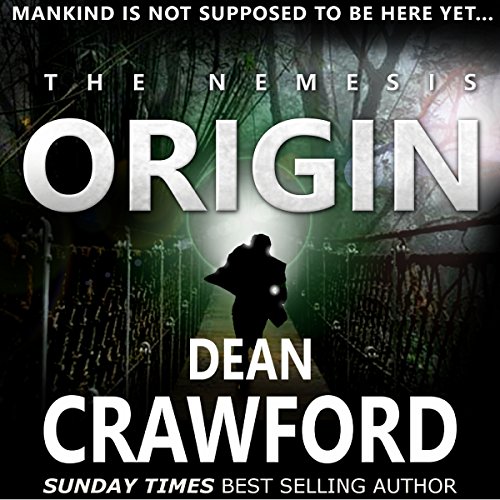 By: Dean Crawford
Narrated by: Gary Furlong
Try for £0.00

Living alone in the wilderness, Ethan is tracked down by Dr. Lucy Morgan, a scientist who once found the 7,000-year-old remains of an extra-terrestrial species entombed deep in the deserts of Israel. She brings ominous news: more remains being found, and there are people willing to kill to obtain them.

Hurled into a global conspiracy that will take them from the East China Sea to the jungles of Cambodia, from the deserts of Egypt to the heights of the Andes, Ethan and Lucy must locate the remains of ancient people whose DNA carries both a message and a cure for a disease not born of this Earth, and in doing so save the life of one young child and change the course of human.

What listeners say about The Nemesis Origin

The story was full of interesting ideas but the very choppy reading style was distracting enough to break the immersive quality of the book.