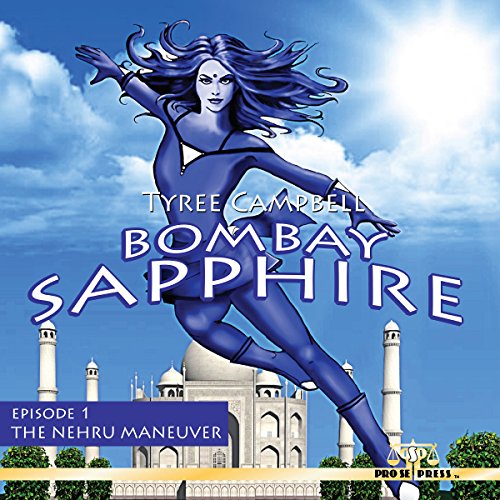 By: Tyree Campbell
Narrated by: Cecil Wood
Try for £0.00

In late 1961, Nakushi, a woman of the streets of Bombay, India, has been pushed to the limit by her ungrateful clientele, the Portuguese who still control parts of India. When she prays for assistance from the gods, Agni, the god of storms, answers her. By bestowing various powers upon her, including flight, invulnerability, and the ability to speak any language - important in multilingual India - he gives her the power to become Bombay Sapphire, champion of those who are wronged or endangered, and liberator of those who are enslaved. But her first big goal is to free India from the Portuguese. To do that, she has to find a way to force the prime minister to take action. In the meantime, Nakushi's sister Savitra wants Bombay Sapphire to use her powers to make them rich. Against the backdrop of this sibling rivalry, Bombay Sapphire makes enemies of the Deccan Dholes, the gang that terrorizes Dharavi, the great slum where Nakushi lives. But wherever evil rears its ugly head, wherever people need help, there will be Bombay Sapphire.

What listeners say about The Nehru Maneuver