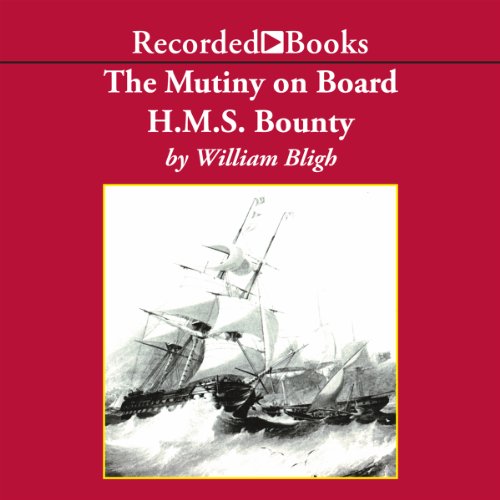 A Voyage to the South Sea and the Terrible Mutiny on Board
By: Lt. William Bligh
Narrated by: Norman Dietz
Length: 8 hrs and 16 mins
Categories: History, World
5 out of 5 stars 4.8 (5 ratings)

This documentary records the events of the most celebrated mutiny in the annals of the sea: the 1789 revolt against Captain William Bligh in the West Indies. Was Bligh a sadistic disciplinarian who terrorized his crew? Or a superb and misunderstood seaman? Over 200 years later, the controversy surrounding this legendary captain still rages. The truth may lie in this narrative based on the ship’s log, in which Bligh writes of the resentful crew, ravaging storms, and uncharted islands that led to mutiny.

Great For Cruising and Other Open Water Sailors

For those with a good grasp on world coastal geography and enjoy open water sailing its a very good experience and very well performed. Bligh's side of the story has been lost in the Hollywood nonsense and as a navigator he deserves better. It is not a pedestrian read and those expecting the Gable/Brando/Gibson dramatic treatment will be disappointed. It is a thoughtful description of exploration and what live at sea in the 18th Century was like. I would recommend to some friends without qualification (i.e. those who enjoy the Lewis and Clark Journals in the original) and probably not to others but the performance is excellent.

What other book might you compare The Mutiny on Board H.M.S. Bounty to and why?

Lewis and Clark Journals, Beyond the 100th Meridian

Which character – as performed by Norman Dietz – was your favorite?

Do you think The Mutiny on Board H.M.S. Bounty needs a follow-up book? Why or why not?

Its a serious piece of history and a great sea tale