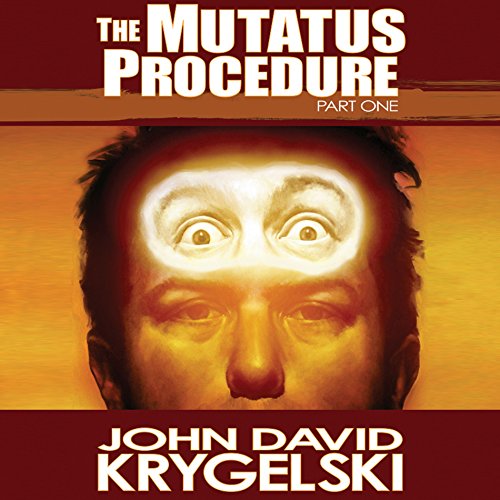 The Mutatus Procedure, Part One

The Mutatus Procedure, Part One

In this taut, psychological thriller, the protagonist, Judtson Kent is a hard-nosed skeptic. In fact, he has made millions writing books debunking the myths and ridiculing the proponents of everything from Illuminati conspiracies to alien abductions. Then one day he is confronted with evidence…undeniable proof even he cannot refute. His world and belief system turned upside down, Judtson suddenly finds that his mind is slowly, inexorably losing control. As Saylor Costello, a neurologist and Judtson's lifelong friend, battles the inexplicable mental transmutation, he discovers that several others around the world…others who are all on the verge of earthshaking discoveries…are suffering from the same symptoms. In John David Krygelski's fourth novel - The Mutatus Procedure (Part One) - the reader will be pulled into a world where nothing is as it seems, even consciousness itself.

Good Grief, Will It Ever End

What would have made The Mutatus Procedure, Part One better?

About 50% shorter would be good. I'm halfway through and already tired of it.

The plot line is interesting, but it just goes on and on. I like long books, but this one seems endless and doesn't go anywhere. I'm having a hard time caring about the characters or what happens.
I might make it to the end, but at this point if I stop listening, I won't start again.

Loved this thrill ride...had just received it's sequel, The Mutatus Nullification, and am so glad I decided to revisit Part 1 to refresh my memory. A masterful story that takes the reader on a mesmerizing adventure! It's so refreshing to delve into such well researched material and characters you can so easily connect with...you actually find yourself caring what happens to each one of them.

The author's narration was superb - not surprising if you've had the opportunity to meet Mr. Krygelski's...he's not one to do anything half heartedly, and the quality of his narration clear evidence of this.

Thanks again for (yet another) outstanding effort, sir! Can't wait to dig into Nullification.

started very slow but did improve. it had it's moments of excitement but kind of long. Glad I was listening and not reading.

This is the 2nd book I've read by this author. I thoroughly enjoyed both. Very detailed and intelligently written, difficult to put down. Can't wait to start Part II!

I thoroughly enjoyed reading this book in paper version, and loved listening to the author reading it! I found that his reading of the book somewhat changed my perspective of some of the conversations. This is not a bad thing! I like having more insight into how the author, John, interpreted the conversations and it leant more depth to the conversations throughout the book. John never ceases to provide thought provoking ideas and entertainment, and Mutatus Procedure does not disappoint. I now look forward to the sequel, Mutatus Nullification.

I have never read a book by myself ever, I only read in school many years ago and we read as a class. I am a 28 year military veteran and met Mr.Krygelski on a military base and we discussed my situation of not reading and I had an imagination that could not hold on to a story with out reading a single page 5 times over just to understand. He assured me his book was the cure and of course I thought it was a man just trying to sell a book. I bought the book not knowing that the first book I ever purchased from him was definitely not going to be my last. I have read more than 3 of his books now and plan on purchasing his remaining books, they are that good. I hope you enjoy them as much as I did. I was hooked after the first few pages and John keeps your attention with every page.

If you are one of the people who think the government is going to send black helicopters to get you and you need as many automatic weapons as possible to stop them, then this book is for you. If you have half a brain it will bore you to tears.