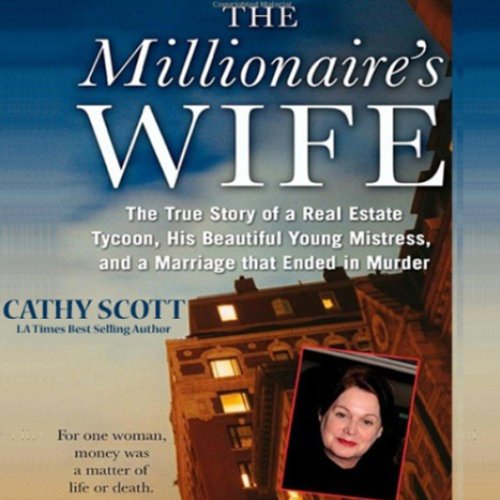 The beloved son of Holocaust survivors, 49-year-old George Kogan grew up in Puerto Rico before making his way to New York City, where he enjoyed great success as an antiques and art dealer. Until one morning in 1990, when George was approached on the street by an unidentified gunman - and was killed in cold blood.

Before the shooting, George had been on the way to his girlfriends's apartment. Mary-Louise Hawkins was 28 years old and had once worked as George's publicist. But ever since they became lovers, George's estranged wife, Barbara, was consumed with bitterness. As she and George hashed out a divorce, Barbara fueled her anger into greed - especially after a judge turned down her request for $5,000 a week in alimony.

Barbara, who stood to collect $4.3 million in life insurance, was immediately suspected in George's death. But it would take authorities almost 20 years to uncover a link between her lawyer, Manuel Martinez, and the hitman who killed George.

In 2010, Martinez agreed to testify against his client... and Barbara eventually pled guilty to charges of grand larceny, conspiracy to commit murder, and murder in the first degree. This is the shocking true story of The Millionaire's Wife.

What listeners say about The Millionaire's Wife

Great story and narration but...

The gap between chapters was too short and felt abrupt. Probably just an editing error but doesn’t take too much from the rest of the boom.

What made the experience of listening to The Millionaire's Wife the most enjoyable?

I thought it was interesting that the law put much time and energy into what seemed to be an open and shut case; begging the question are tax dollars wasted on this need for justice in a case where it was obviously this was not going to be a serial act?

My favorite character was the door man, I liked his name, Moses.

Which character – as performed by Joell A. Jacob – was your favorite?

Probably the guy who gave the mistress her job back.

I find it odd that a man can throw away his wife and not expect bitterness when she is tossed away like old garbage; and said her flowers this was moving not touching.

My last comment is how can men be ignorant enough to think that a wife who has stood by you and loved you may not retaliate when traded in for a new model. Did he deserve to die, well he may have used his noggin here and should have thought about life insurance policies worth 4 million. A woman scorned a wife scorned I have no sympathy for either party. Only the witnesses to the horror of the crime. I am not God but if my husband thought this was an appropriate action while I would never harm him, I would make his life hell.