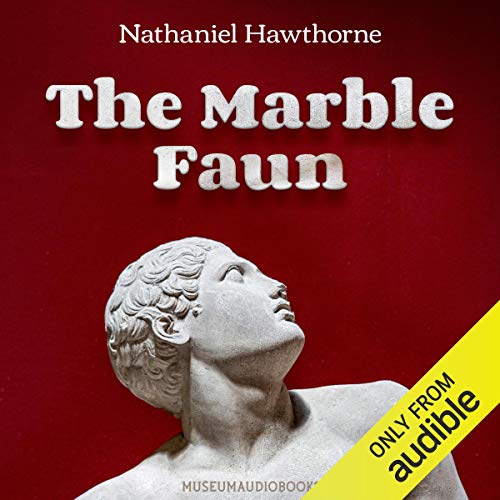 By: Nathaniel Hawthorne
Narrated by: Annette Grayson
Try for £0.00

The Marble Faun of 1860 was the last of Nathaniel Hawthorne’s four major romances. Set in Italy, the narrative blends elements of the travel guide, fable, and gothic novel.

The main characters include Miriam, a beautiful painter with a mysterious past who is compared to Beatrice, Cleopatra and Eve, and Hilda, an innocent young woman with strong moral principles. The sculptor Kenyon has an eye for Hilda, whilst Donatello, the Count of Monte Beni, is besotted by Miriam. Donatello bears a resemblance to the statue type called the Faun of Praxiteles.

Themes of fragility and transience dominate, and the story is seasoned by cinematic descriptions of classic sites that made the book a travel guide to Rome for Victorian tourists.

What listeners say about The Marble Faun