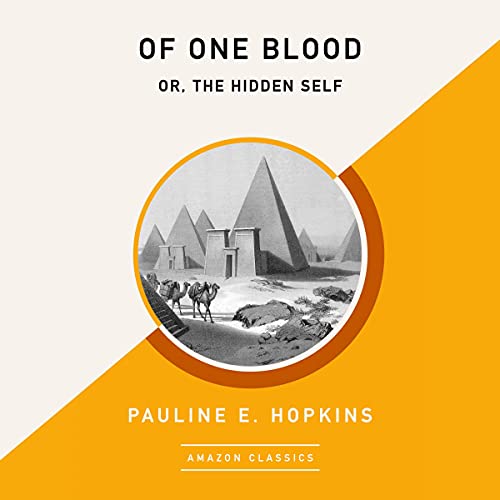 Of One Blood; or The Hidden Self (AmazonClassics Edition)

By: Pauline E. Hopkins
Narrated by: Noel Arthur
Try for £0.00

Pioneering author Pauline E. Hopkins displays a phantasmagorical imagination in the first novel by an African American to be set in Africa.

Entering Harvard by passing as white, medical student Reuel Briggs is considered a genius in the unconventional science of the occult. Though ignorant of his own very relevant lineage, Reuel finds himself on a lucrative archaeological expedition to Ethiopia. There, he hopes to raid the treasures of Meroe. Instead, traversing the ruins of a hidden city and beset by maddening visions and escalating dangers, he is forced to confront his own bloodline. What Reuel unearths is beyond anything he imagined.

Hopkins’s audacious novel succeeds on numerous levels - as escapist adventure, otherworldly romance, paranormal thriller, and ethnological interrogation. Of One Blood boldly excavates an ancient past to explore profound questions of identity and to challenge the racial divisions that continue to haunt us to this day.

Revised edition: Previously published as Of One Blood, this edition of Of One Blood (AmazonClassics Edition) includes editorial revisions.

What listeners say about Of One Blood; or The Hidden Self (AmazonClassics Edition)