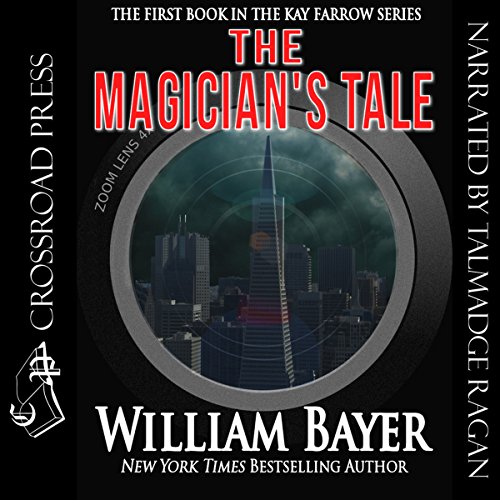 By: William Bayer
Narrated by: Talmadge Ragan
Try for £0.00

This audiobook was previously published under the pseudonym David Hunt.

A woman who sees what others cannot see seeks the murderer of a young street hustler, a man she had befriended in photographing San Francisco's dark, sexually charged netherworld.

The colors of Kay Farrow's landscape are black, white, and shades of gray. An achromat suffering from total color blindness, Kay possesses a vision that informs her world and sharpens her skills as a talented photographer. When Tim Lovsey, a handsome prostitute, is brutally slain, he becomes much more than Kay's subject. She makes it her mission to find his killer, even though the police would prefer to quietly let the case drop.

Kay's search for answers takes her back in time to an unsolved serial murder case with disturbing parallels to Tim's killing - a case whose botched investigation led to her father's ouster from the police force. Searching for the truth, she moves from the back alleys, exotic clubs, and dim corners of San Francisco's underground, where - for the right price - any sexual fantasy can be realized, to the elite enclaves of the city's most privileged class. Kay knows Tim's murderer resides somewhere within these disparate worlds, at an intersection as gray and murky as the shadows that define her world.

Putting her life and all she holds dear at risk, Kay must sort through the riddles of the past before she can discover the shocking truth of Tim's death. Along the way, she finds the chiaroscuro of culpability pointed in shades of lust, jealousy, greed, and desire.

The Magician's Tale was a national best seller and selected by the New York Times as a "Notable Book". It won the Lambda Award for Best Mystery.

New York Times best-selling author William Bayer has written numerous crime novels. His books have won several prizes, including the "best novel" Edgar, have been published in 15 foreign languages, and his Janek series novels have been made into seven television movies all broadcast on CBS. He and his wife, cookbook author Paula Wolfert, lived in the Sonoma Valley in Northern California.

"A strange seductive story as eerie as a midnight walk in the fog. It is Kay's extraordinary vision that arrests us; with the starkness of a reverse negative, it shows us light and dark, truth and deception, reality and illusion, even good and evil in ways we never imagined." ( New York Times)
"Brilliantly conceived and colorfully told." ( Chicago Tribune)

What listeners say about The Magician's Tale