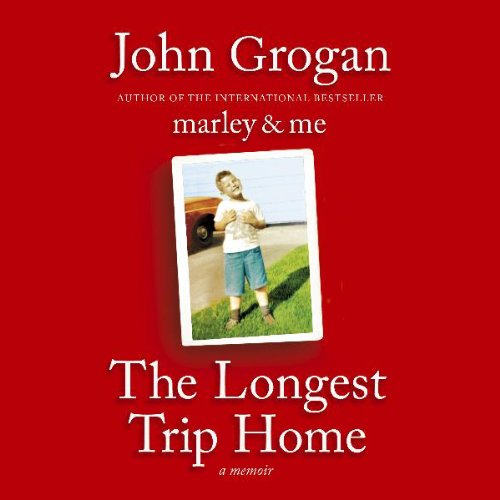 Following the phenomenal success of Marley & Me, John Grogan's memoir is a warm and moving tribute to the power of family and love which will delight John's fans and has all the ingredients to become the same word-of-mouth bestseller.

In his debut bestseller Marley & Me, John Grogan showed how a dog can become an extraordinary presence in the life of one family. Now in his highly anticipated follow-up, Grogan again works his magic, bringing us the true story of what came first.

Before there was Marley, there was a gleefully mischievous boy growing up in a devout Catholic home outside Detroit in the 1960s and 70s. Despite his loving parents' best efforts, John's attempts to meet their expectations failed spectacularly. Whether it was his disastrous first confession, his use of his hobby telescope to take in the bronzed Mrs. Selahowski sunbathing next door, the purloined swigs of sacramental wine, or as he got older, the fumbled attempts to sneak contraband past his father and score with girls beneath his mother's vigilant radar, John was figuring out that the faith and fervor that came so effortlessly to his parents somehow had eluded him.

And then one day, a strong-willed young woman named Jenny walked into his life. As their romance grew, John began the painful, funny, and poignant journey into adulthood - away from his parents' orbit and into a life of his own. It would take a fateful call and the onset of illness to lead him on the final leg of his journey - the trip home again.

The Longest Trip Home is a book for any son or daughter who has sought to forge an identity at odds with their parents', and for every parent who has struggled to understand the values of their children. With his trademark blend of humor and pathos that made Marley & Me beloved by millions, John Grogan traces the universal journey each of us must take to find our place in the world.

What listeners say about The Longest Trip Home