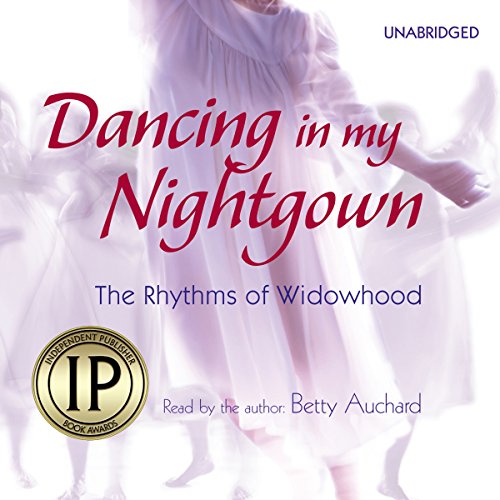 Dancing in My Nightgown

Married when she was barely 19, Betty Auchard went straight from her parents' home to her husband's bed. She raised four children, returned to college, taught art in the public school system, and became a grandmother, a published artist, a retiree, and then a widow.

When she lost her husband of almost 49 years to cancer, widowhood forced Betty to find out what she could do on her own. She had a lot to learn, having never been single before. She was not freeway literate, nor had she ever used a computer. And she had never paid the bills by herself.

Facing her new responsibilities, this septuagenarian made all kinds of mistakes. These short, upbeat, inspiring stories tell us how this spunky woman got through widowhood - she decided to dance instead of sitting on the sidelines.

An interview with Betty Auchard follows the book. Check out Betty's other book, The Home for the Friendless, also at Audible.

What listeners say about Dancing in My Nightgown