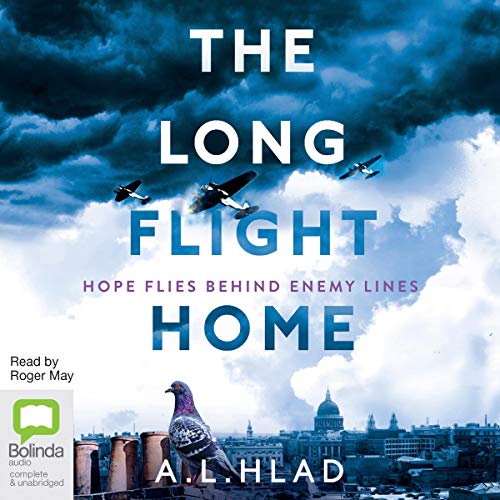 Inspired by fascinating, true, yet little-known events during World War II, The Long Flight Home is a testament to the power of courage in our darkest hours.

It is September 1940, and as German bombs fall on Britain, fears grow of an impending invasion.

Enemy fighter planes blacken the sky around Epping Forest, the home of Susan Shepherd and her grandfather, Bertie. After losing her parents as a child, Susan found comfort in raising homing pigeons. Duchess has proven to be the most extraordinary of all Susan's birds, as the two share a special bond and an unusual curiosity about the world.

Thousands of miles away in Buxton, Maine, a young crop-duster pilot named Ollie Evans has decided to travel to Britain to join the Royal Air Force. His quest brings him to the National Pigeon Service, where Susan is involved in a new, covert assignment. The mission aims to air-drop hundreds of homing pigeons in German-occupied France, where many will not survive.

As the mission date draws near, the friendship between Ollie and Susan deepens. When Ollie's plane is downed behind enemy lines, both know that the chances of a reunion are very remote.

Will Duchess' devotion and sense of duty become an unexpected lifeline and prove that hope is never truly lost?

What listeners say about The Long Flight Home

The story was good but some of the language was not contemporary and there were things that just didn’t make sense. How, for instance would you find an ice box in 1940s England, especially when the cottage had no electricity. Also ice box is not an English term. Freezer or fridge would have been nearer the mark.The publishers should have done more research.