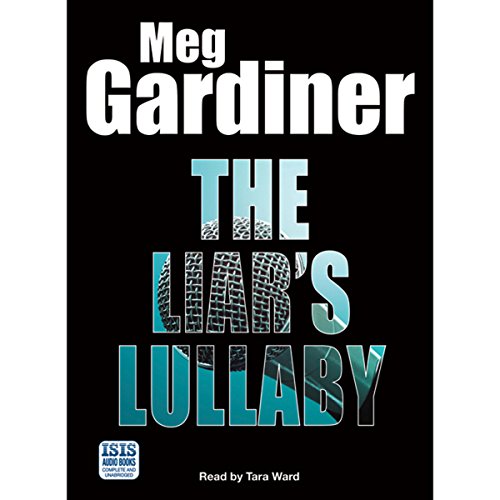 Tasia McFarland is a washed-up singer desperate to get back to the top of the charts. As her star begins to rise again, the tabloids uncover the fact that Tasia is the ex-wife of the US president - which is one reason the world takes notice when she is killed by a bullet to the neck in front of a crowd of fans. Suicide is suspected, but when the ballistics report comes up empty, the authorities call on Jo Beckett to do a psychological autopsy.

As Jo sifts through the facts, she only finds more questions. Poring over Tasia’s past quickly becomes a race to extinguish the conspiracy rumour-mill before it incites a level of violence that reaches America’s highest corridors of power.

What listeners say about The Liar's Lullaby

I usually like Meg Gardiner books and the main character, Jo Beckett. However, whether it is the narrating or this particular book, I ended up actively disliking her. She is constantly whining and appears full of her own importance. I have never noticed this before and assume, therefore, it is the narrating. The story is fine, but nothing I have not heard before from other authors.

It makes you realise what a skillful narrator can do and how talented some are.

The singing will drive you barmy!

Gripping made the 90 mincommute to work enjoyable!

What made the experience of listening to The Liar's Lullaby the most enjoyable?

I have listened to a few audio books by the same author and narrator. The story was gripping and kept me wanting more. The narrator does the different characters in the book well.

Have you listened to any of Tara Ward’s other performances? How does this one compare?

I have also listened to the dirty secrets club and the memory collector both of which were also enjoyable. I do feel that the story in the liars lullaby was more gripping.

All in all a very enjoyable listen.

Fast paced and well read, if a little breathlessly

I enjoyed this, as I have its two predecessors, all three read by the same narrator. She reads fast, and uses various accents to help identify her characters, and on one occasion that I recall I struggled to understand what was being said - but this was pretty near the beginning, so my "ear" hadn't tuned in yet. She reads her men slower than the women, especially her neighbour, who was less of a comic add on this time and more realistic, and her reading of the Chinese Amy Tang was brilliant.

The story has some daft elements, but hey, this is fiction, and forensic psychiatrists don't really fight crime! I didn't spot the baddy coming, the sub story over Gabe's deployment was well handled, as was the battle against nameless authority.

I will continue to look out for Ms Gardiner's books - they work fine as easy-to-read and engrossing whodunnits.