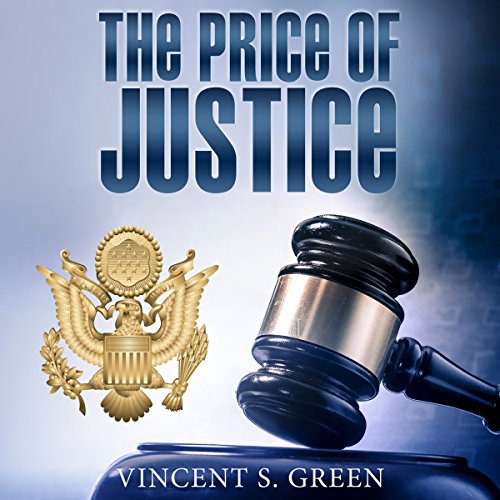 The Price of Justice

Where do you turn when there's no one left to trust...?

At sleepy Fort Leavenworth in Kansas, the Commanding General's wife Bunny Harris has been murdered, her head decapitated, and the Arabic word for "dust" scrawled in blood over the bed.

Jack Garrett, a Los Angeles lawyer and former special ops soldier who is grieving after the recent death of his wife, starts working on the case with Cameron Wells, a beautiful, ambitious attorney who began her career in military intelligence.

Frank O'Connor is charged with the rape and murder of Bunny.

He denies the charges, but admits that they did have an affair.

O'Connor requests that Garrett defend him.

The CIA brings in Phillip Rubie and his daughter Simone, who kidnap Garrett's son and then release him with a message to Garrett to back off the case.

When a reporter tells Garrett that he believes Bunny was killed with this same nerve agent, her body is exhumed and she melts out of her casket...

During the trial, the prosecutor receives a CD showing Bunny and O'Connor at an S and M club, where O'Connor appears to cut off her head with a machete.

O'Connor is offered a deal, but refuses, citing his innocence once more, meanwhile Simone believes she has evidence of O'Connor's innocence.

With everyone harboring dark secrets, Garrett isn't sure who he can trust.

And when his son makes a shocking discovery, the case, and Garrett's entire life, are turned upside down.

What listeners say about The Price of Justice

This was my first book by this author and while I think the idea behind the plot was good, it just didn't pull together for me. And the ending left it to wide open for me.