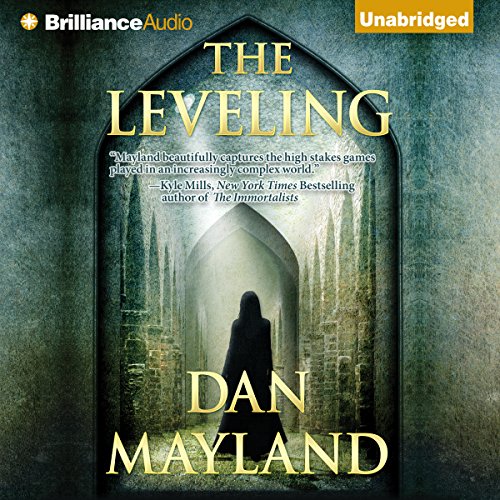 Former CIA station chief of Azerbaijan Mark Sava has given up the spy game and become a professor in the city of Baku. But when a gunman makes a brazen attempt on his life in the hallowed halls of the national library, Sava suddenly becomes a persona non grata in his adopted home.

The Azeri government gives him only a few hours to leave the country, and the CIA wants him back in the US. But Sava learns that his friend John Decker has been kidnapped - and knows he has no option but to find Decker. He teams up with ex-CIA spy and former girlfriend Daria Buckingham, and the two soon find themselves being chased by Chinese intelligence agents through the underworlds of Turkmenistan and Iran, caught in the middle of a secret conflict over oil that has the US and Iran tumbling headlong into war.

The explosive sequel to The Colonel’s Mistake, The Leveling brings to life in electrifying detail one of the most dangerous regions of the globe.

The Leveling is about internal intrigue within Iran concerning the country's nuclear program and the reaction of the US government to it. Ex-CIA agent and current CIA contractor Mark Sava is living and teaching at a university in Baku, Azerbaijan when he is brought into the situation. Sava's friend John Decker has been kidnapped and is being held in Iran. Sava and ex-CIA agent Daria Buckingham leave Turkmenistan to enter Iran and attempt to rescue Decker. Most of the action in the novel occurs in Iran and, to a lesser degree, Turkmenistan.

This is an excellent espionage novel. Christopher Lee's narration is outstanding.

I recommend The Leveling and the 4 book Mark Sava series to those who enjoy espionage thrillers.

Mayland does a great job of placing you in the culture of his stories. A follow-up to The Colonel's Mistake, I'd recommend reading it first, but this will stand on its own.

On to Spy For Hire!

I did not read or listen to the first book in the series; this feels like it might be a continuation of it . And it feels like this book is just a middle book moving you onto the next - the third book. As a stand alone, it isn't very satisfying. The characters aren't all that likable, the action is ok, the torture is over done. It really is a rather dark book. While there was enough to keep me listening, there isn't enough to make me to the next book in the series.